The Muppets have been everywhere and seemingly done everything. They have been pirates, gone to Hollywood, been in space, and foiled a jewelry heist. In honor of the new movie Muppets Most Wanted, I have put together a list of the 10 Best Muppet Movies for you to enjoy this weekend with your family. 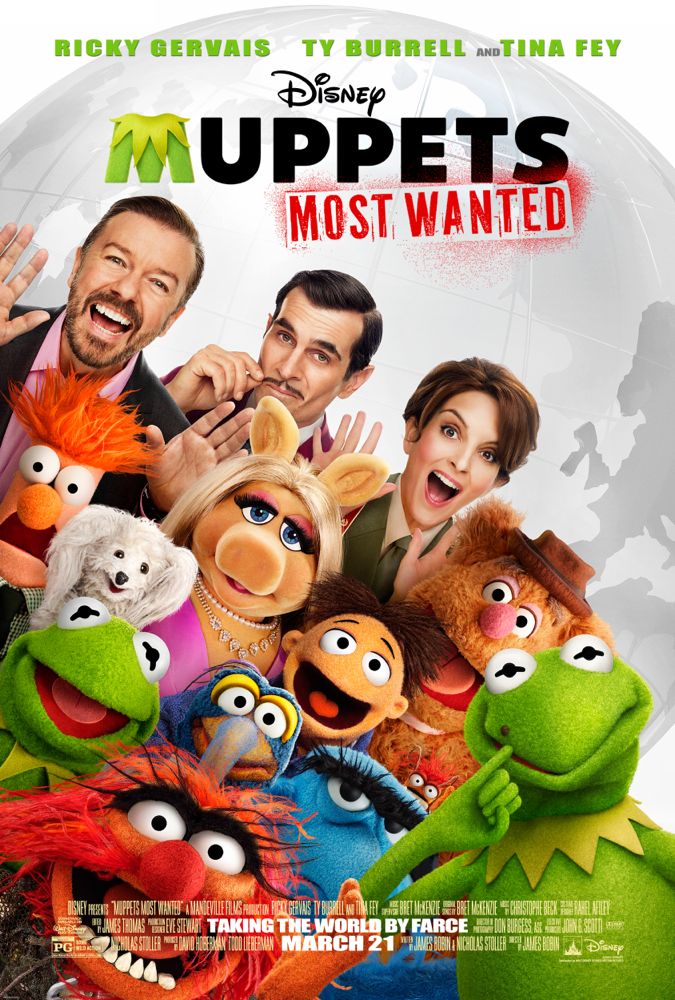 Why not have a movie marathon with any of these great Muppet movies you can get your hands on! Disney carries most of these titles on Blu Ray Combo Pack and DVD, and so does Amazon. Unfortunately these SPECTACULAR Muppet movies are not available for streaming on Netflix or Hulu; however, several of the titles are available to rent on Amazon with Amazon Instant Video, or watch for free there if you are a member of Amazon Prime.

If you don’t mind being a little adventurous this weekend, check your local library or, if your town has one, the old-fashioned video store.  You can often find DVDs at used record stores, thrift shops and garage sales too, so be on the lookout.  Blu Ray is the best viewing experience, but VHS is okay too! 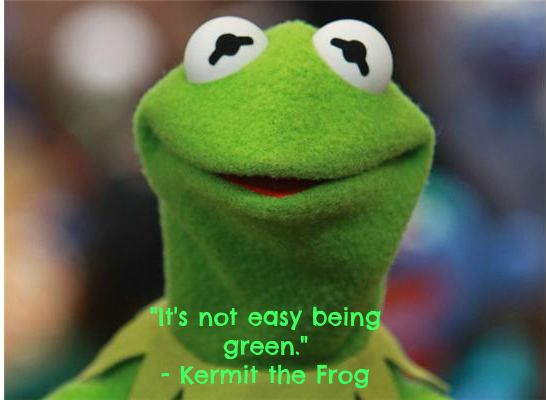 In the bonus section you’ll find more Muppet movies and other selections by Jim Henson. There are also many Muppet-themed short films out there, so be sure to explore Youtube. 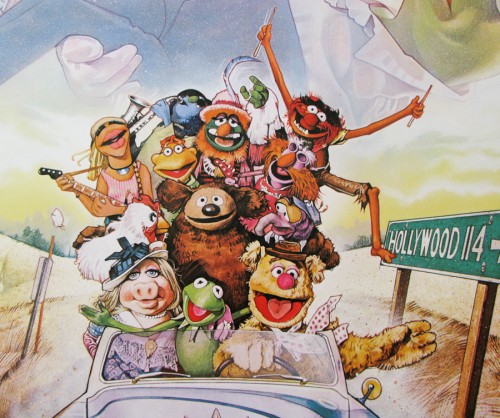 Kermit is “discovered” while singing “The Rainbow Connection” and then must get to Hollywood. Fan favorite Muppets like Gonzo, Fozzie Bear, and Miss Piggy are along for the ride in a VW bus. This may be a little dated, but it is the real deal! A true Muppets original.

Available to order on Bly Ray and DVD on Amazon, and to watch instantly on Amazon Instant Video.

Kermit and Fozzie are twin brothers and journalists after a big story: a jewelry heist in London. Could the guilty party be…(gasp!) Miss Piggy?

Available on Amazon Instant Video! Available to order on DVD on Amazon, or in a nifty Blu Ray 2-pack with Muppet Treasure Island, aka “2 Muppety Adventures.” 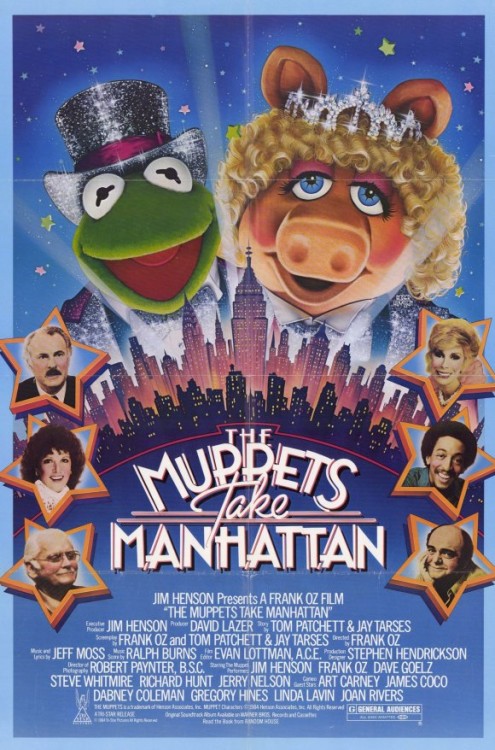 This time the Muppets are trying to get to Broadway! Lots of great singing and dancing numbers. Oh yeah, and Kermit and Piggy get married (!!!)

Available on Amazon Instant Video! Available for rental on Blu Ray and DVD from Redbox, also available to order on DVD and Blu Ray on Amazon.

4. The Muppet Christmas Carol
This is a sweet retelling of the classic Dickens tale with Michael Cane starring as Scrooge.  It includes some of the scarier aspects of the Dickens tale such as the Ghost of Christmas future, but in the context of a Muppet movie these scenes are much less threatening than in other screen versions of the story.

Of course there has to be a Muppets pirate movie. This is a family friendly sendup of the Robert Lewis Stevenson novel that features an adventure of a treasure map and mean pirate king Long John Silver trying to get his hands on it.
Available on Amazon Instant Video, also available to order on DVD on Amazon. 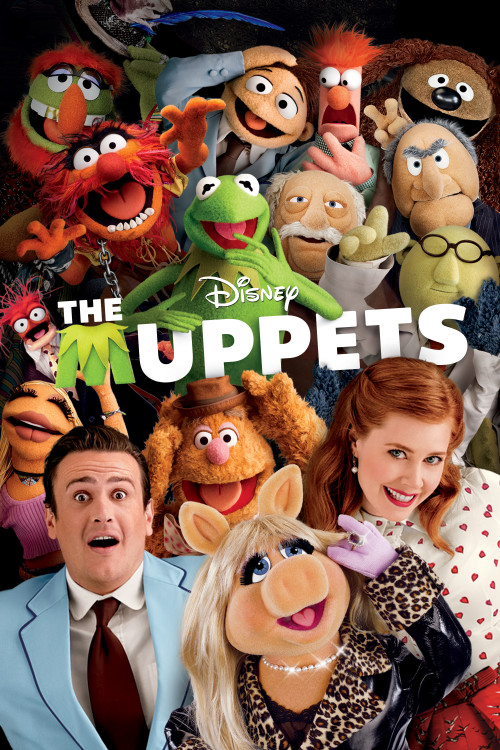 Can Kermit (Steve Whitmire) and Walter (Peter Linz) save the Muppets’ old theater from rich oil tycoon Tex Richman (Chris Cooper)? This nostaglic romp features tons of fun celebrity cameos. This 2011 release will be the easiest to find of all the titles on this list.

A selection for preschoolers! It’s easy for us to forget that our pals on Sesame Street are ACTUALLY MUPPETS invented by Jim Henson.  This is a story of Big Bird’s discovery of the true meaning of home when he is adopted by a bird family and taken away from Sesame Street. Awww!

Available on DVD from Amazon.

Gonzo is an extraterrestrial, but his quest to meet his family is sidetracked by a scientist who wants to study his brain. Fun and family friendly.

Available on Amazon Instant Video. Available as a single DVD or in a 2-DVD set with Muppets Take Manhattan from Amazon. These titles are also available in a 3-DVD set with Kermit’s Swamp Years. Available for rental on Blu Ray and DVD from Redbox.

Technically this isn’t a traditional Muppet movie, but it is Jim Henson’s master work. I’m sharing this cult classic with you because it absolutely fired up my imagination as a kid. The movie has scary and intense scenes not appropriate for younger viewers, but for older kids who enjoy fantasy and the Harry Potter books, this movie, though dated, will really be loved. Give it a try!

The Muppets Wizard of Oz

Not recommended for kids! This movie has edgy, grownup references that will go over the heads of younger viewers. Nevertheless, it has clever moments such as Kermit as the Scarecrow, Fozzie as the Cowardly Lion, and Gonzo as the Tin Man. Miss Piggy plays three different witches, and she is hard to miss.

Available on Amazon Instant Video and on DVD at Amazon.

A Muppets Christmas: Letters to Santa

Available on Amazon Instant Video and on DVD at Disneystore.com and through the Disney Movie Club.

You can also purchase The Muppet Show DVDs. It’s a great way to relive childhood memories while introducing your kids or grandkids to this classic series!