As I thought back to the movies featuring strong women and girls that first inspired me, several came to mind that at a young age became an obsession: The Wizard of Oz, The Journey of Natty Gann, Mary Poppins, The Sound of Music, and Annie (I just couldn’t get enough of Annie!). Those movies featured my first heroes (or should I say sheroes?) Today, it seems that girls face more challenges than ever, but luckily there are more movies than ever that rock girl power, and a few gems from the past that we can never forget. 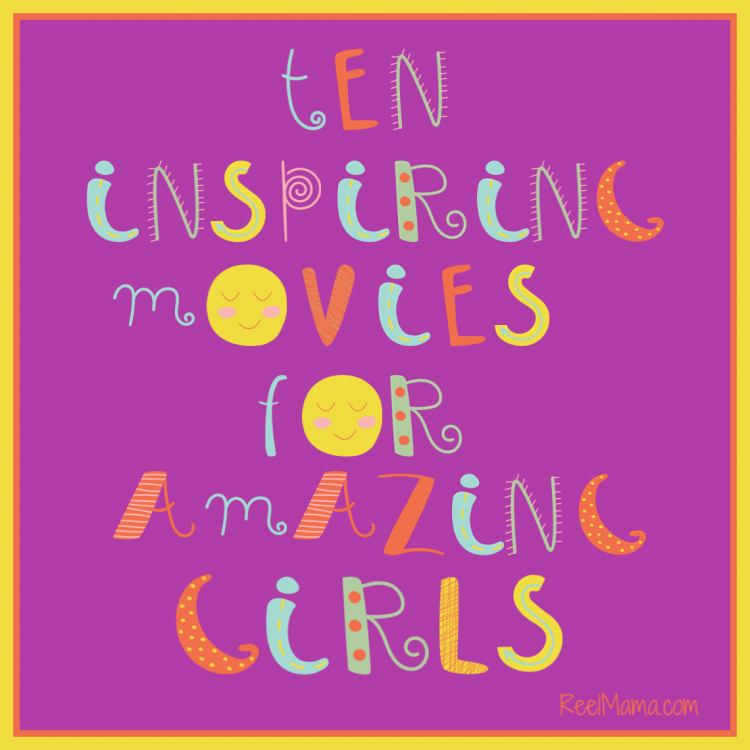 Akeelah and the Bee

Here is what Roger Ebert had to say about Akeelah and the Bee: “The story of Akeelah’s ascent to the finals of the National Spelling Bee makes an uncommonly good movie, entertaining and actually inspirational, and with a few tears along the way.” It’s often not perceived as “cool” to be studious and enjoy the life of the mind, and in South Central Los Angeles this problem is especially acute for Akeelah. Yet her innate talent for spelling changes minds and hearts, and ultimately helps her discover what is in her own heart.

This movie by venerated director Martha Coolidge tackles bullying head on. It has heartfelt performances and portrays the very real struggle children go through in standing up to bullies. Chrissa is the new girl at school, and the Mean Bees are relentless in their cruelty. Chrissa is even the victim of cyberbullying. It gave my daughter and me lots to talk about, especially when it came to the bullying behavior and how Chrissa reacted.

A young Scottish princess, Merida, defies every royal convention in a quest to be her own person. Brave also explores the challenges of mother-daughter relationships, a topic rarely seen on film, especially between a teenage daughter and her mother. Merida’s quest for independence causes a curse to befall her mother, and she must rectify the harm she caused when she rebelled. At the same time, Merida’s family, and her kingdom, come to understand her brave point of view, and make a change.

The Courageous Heart of Irena Sendler

The Hallmark Gold Crown movie is based on the true story of a Polish Catholic woman who helped smuggle children out of the Warsaw ghetto to safety. She was a nurse and worked at the ghetto under the guise of tackling a typhoid outbreak. She was an unsung heroine of World War II whose story has come to light in recent years. The movie stars Oscar winner Anna Paquin.

Girl Rising is a documentary featuring nine amazing girls from nine countries, showing their remarkable strength in the face of profound adversity and the importance of education for women. A Cambodian girl lives in a landfill, but overcomes this to become an outstanding student. An Indian girl in poverty dreams big. A Nepalese girl, an indentured servant, uses the power of music to overcome her situation. There’s plenty of star power behind the narration, with women like Salma Hayek and Meryl Streep providing the voice over track. It should be noted that the movie tackles difficult topics like child marriage and rape. These can be upsetting but aren’t addressed in a graphic way. A great choice for your teen girl.

He Named Me Malala

An inspiring documentary portraying the life of Malala Yousafzai, the youngest person to ever win the Nobel Peace Prize, at the age of 17. Malala was already rising in prominence at just 11 and 12 years old, when she blogged under a pseudonym about her experiences as a school girl as the Taliban invaded the Swat Valley in Pakistan. The Taliban retaliated, making an attempt on her life when she was riding a school bus. Malala is now a leading activist for women and girl’s education, but she is also a regular teenager. This movie has girl power written all over it!

The awesome true story of three African-American women working at NASA during the civil rights era who made phenomenal contributions to the space program. Indeed, without the talents of Dorothy Vaughn (Octavia Spencer), Mary Jackson (Janelle Monáe), and Katherine Johnson (Taraji P. Henson), the United States might not have won the space race in the mission to put a man on the moon. Katherine Johnson was a computer (so named for the computations she performed in her head) who helped calculate the trajectory of various missions. Dorothy Vaughn was a whiz at programming the first gigantic IBM computer NASA purchased, and Mary Jackson became an engineer. The three of them faced discrimination and segregation, but nothing stopped them. Reach for the stars, ladies!

Yes, a movie about a mop is worth watching! While the filmmaking styles in this movie are uneven, the true story of Joy Mangano’s rise to success in business is empowering. She invented the self-wringing Miracle Mop, and its product launch became her life’s passion, because she knew it would be a boon to women (especially busy moms) everywhere. Not many movies explore women in business, so this is a good one for your high school student.

The amazing (I’ve been using that word a lot) story of Helen Keller, as portrayed by Patty Duke. One of history’s most inspiring women, Keller lost her sight and hearing as a baby. Yet through love and determination, Annie Sullivan (Anne Bancroft) was able to teach her to communicate.

Another movie classic! The incomparable Elizabeth Taylor stars in this film about a young girl who defies expectations (another theme in this movie list) when she truly believes in the abilities of her chestnut horse. Will she ride to victory? Great for horse lovers!

The Queen of Katwe

I love this movie based on the true story of a young girl living in poverty with her single mother who ultimately becomes a chess champion not only of Uganda, but the world. Powerful and touching, the movie has a few scary scenes, but overall is great for girls seven and up.