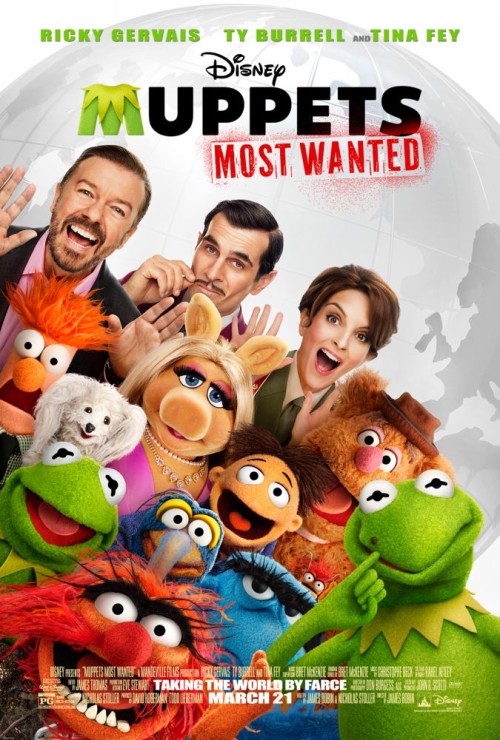 Sequels can sometimes be a disappointment. There’s a common conception that the sequel is never as good as the original. But what happens when you have ten sequels or more? Things can either go way downhill, or the quality of each sequel could be all over the map.

Yet there is one franchise that has been remarkably consistent: the Muppets.  Out of the more than 10 Muppet movies made over the past three decades, almost none of them is a dud. They are sweet, mostly G-rated, pure fun. Muppets Most Wanted is no exception. In a nod to The Great Muppet Caper, a European jewelry heist is underway just as the Muppets launch their European tour. Kermit is mistaken for the “Most Wanted” criminal Constantine and thrown in a Siberian prison. Hilarity ensues.

CHECK OUT MY LIST OF THE 10 BEST MUPPET MOVIES!

Here are 5 reasons why you’ll love Muppets Most Wanted:

2. Laughs! The Muppets are never very profound (although Kermit does experience an identity crisis in this film), but that’s not their job. Their job is making you laugh out loud, a lot, with their trademark tongue-in-cheek humor. That self-aware comedy is the motor that drives Muppets Most Wanted, and you’ll love it.

3. Nostalgia. Parents who grew up with the Muppets love taking a walk down memory lane. It’s delightful finding out that the old gang hasn’t changed a bit. Kermit is still ernest to a fault, Miss Piggy is fantastically vain with delusions of grander, Fozzie has his bad jokes, and Gonzo is just strange.  Feels like coming home!

4. The characters! Kids will delight in making the aquaintance of the Muppets, who are in peak form here. Walter from The Muppets of 2011 is the newest Muppet, but he is just as much a part of the gang as the many classic characters on parade. But the real stars of the show are the many character cameos and famous celebrities in key roles, which was the heart and soul of the original Muppet Show. Highlights include Tina Fey in a very different kind of role, as a Siberian prison guard with dreams of stardom. Then there is Ty Burrell as Jean Pierre Napoleon, the Interpol agent whose affectionate send up of the French is perfect. (The French are always making fun of Americans — now it’s our turn!)

So world travelers, all aboard for Muppets Most Wanted. Did I mention that the Muppets cross the Atlantic on a train? With the Muppets, anything is possible!