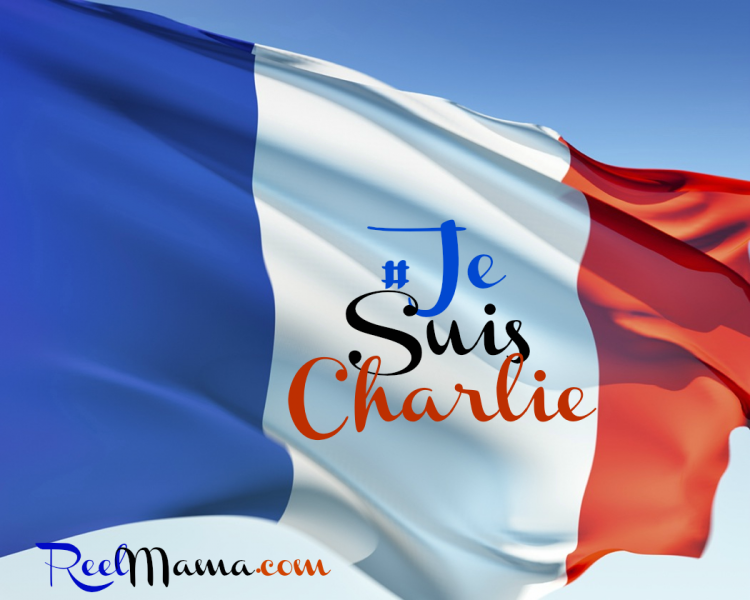 As a blogger I take it for granted that I will be able to write whatever I want, whenever I want to. I don’t have to worry about getting beheaded, gunned down or arrested for hitting “publish.” I live in America, but it’s alarming to me that everywhere, including in the United States, we have seen remarkable cases of freedom of speech under threat in insidious ways, both overt and more subtle. Here are seven momentous ways we have seen freedom of speech under threat in 2014 & 2015:

The gunning down of 12 media makers in Paris at satirical magazine Charlie Hebdo. For us in the United States, it would be as if major cast members of Saturday Night Live or The Daily Show had been targeted and murdered in cold blood for political or religious satire. Charlie Hebdo was provocative and offensive, but writers and creators should be allowed to be edgy and even offensive. That’s what freedom of speech is. What I didn’t realize –and found shocking — is that the French government had apparently been giving the magazine a hard time for years, telling them to “tone it down.” Will writers be forced to “tone it down” because they are fearing for their lives?

The beheading of journalists in the Middle East. The barbarous murders of James Foley and Steven Sotloff released on video have shocked the world. Journalists will be more afraid than ever to venture into dangerous territory to bring the world the story — the real story — of what’s happening in the Middle East. The victims voices were silenced in the most savage way imaginable.

The murder and kidnapping of school children by Boko Haram in Nigeria. Dozens of school boys were murdered in 2014, but the kidnapping of the school girls received more media attention. Both actions mean that the education of children is under threat in Nigeria. The schools that were attacked and destroyed were training grounds for the next generation of leaders for that nation and indeed the world. With their annihilation, something very precious has been lost. Can it be restored?

The arrest of activists in Cuba. Last month performing artist Tonia Bruguera was arrested for organizing a rally for free speech in Cuba. She is out of jail, for the moment. While the U.S. is busy warming relations with Cuba, we must remember that right now there is no such thing as free speech and freedom of the press for our island neighbor. Activists who spoke out against the government still remain behind bars, or with whereabouts unknown. Will Cubans ever come to enjoy the freedoms we enjoy in this country?

The hacking of Sony studios, reportedly over the film The Interview. There is controversy that it really was the North Koreans who masterminded the hack of Sony’s computer systems, leaking tens of thousands of private documents and even films themselves. Whether North Korea really is responsible for the attack, the fact remains that Hollywood insiders have already pulled the plug on projects they felt might be offensive to the North Koreans.

Hollywood eyes Chinese market. In a somewhat related case, it’s documented that some filmmakers are striving hard to portray the Chinese and its government in a positive light–even if the government is an oppressive regime. At stake? Important Chinese investment dollars and distribution rights. Will Hollywood become afraid of criticizing China? An interesting corporate example of freedom of expression eroding.

Russia bans advertising on subscription TV channels, as of January 1, meaning that numerous independent TV channels in Russia (yes, they exist) will no longer have a source of income. A clever way to shut them down. The exception? The “universally accessible” channels — yes, the government ones, of course.