What would Barbie look like if she had “normal” proportions reflecting the average American woman?  Twenty-four-year-old artist and blogger Nickolay Lamm wanted to find out, and so he reviewed measurements collected by the Center for Disease Control to determine the average weight and height of real 19-year-old women.  He then Photoshopped a new body for Barbie.  His prototype reflects a body that in real life would weigh 150 pounds and be 5’4”.  Here are the results: 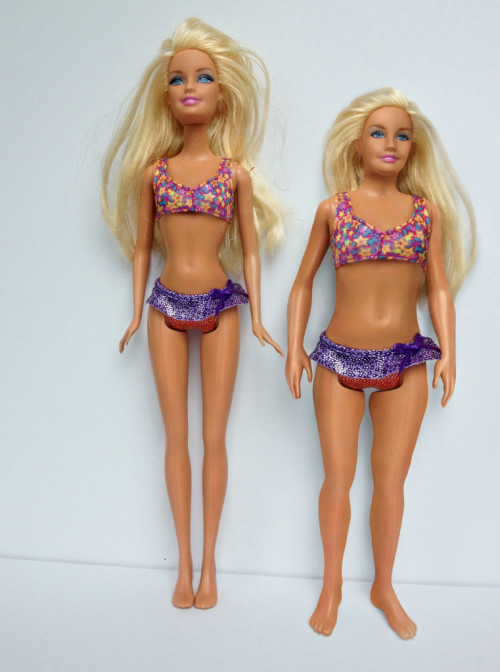 Nickolay believes that Barbie’s disproportionate proportions in her current design could have a negative influence on little girls’ own body image, especially if they play with Barbie every day.  My husband, a medical student, has confirmed that Barbie as currently available on store shelves could not survive if she were a real woman.  Take a look at what a real life-model would look like with Barbie’s proportions.  Pretty ridiculous, right?

Perhaps Mattel is afraid that a more realistic Barbie wouldn’t sell.  The trend is to elongate dolls and make their proportions scary skinny.  But have sales of Barbies gone up as a result of this?  I decided to check, and the answer is a resounding NO.  In fact, Mattel’s American Doll is pummeling Barbie when it comes to sales increases.  Go figure.  Maybe realistic-looking dolls really can sell. 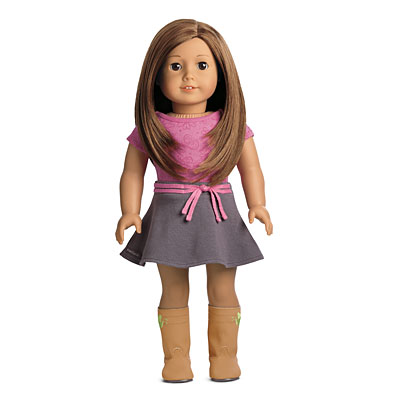 American Girl bucked the trend happening in almost all girls’ toys, that is, for the toys and dolls to slim down.  Cabbage Patch dolls avoided the crash diet, but Hasbro’s My Little Pony lost weight. A lot of it. MY LITTLE PONY?!  They are horses! Why did they need to lose weight?  The My Little Pony my daughter plays with is still adorable, but much more svelte and elongated than the ones I grew up with. 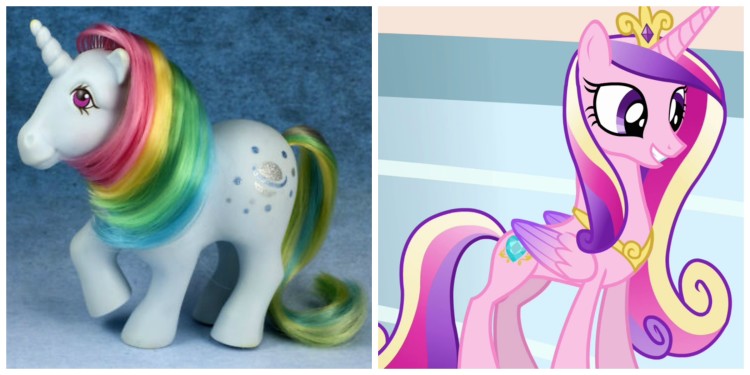 Whether Barbie can affect girls’ self-esteem, especially to the point of developing eating disorders, is hard to say.  I wasn’t allowed to have Barbie for most of my childhood, but I unfortunately still developed an eating disorder in high school that I was thankfully able to overcome.  I think I was much more influenced by media and my peers’ perceptions of their own bodies.

However, a grown-up doll reflecting more realistic proportions for women is not a bad thing at all.  I would love for my daughter to have a doll like this, but unfortunately there isn’t one on the market to my knowledge (Nickolay has stated he wants to fund the normal Barbie on Kickstarter…stay tuned.)

Until then, my daughter will just have to use my own body as an example of what a real woman’s body looks like.  Yes I have curves, and there’s a lot of me to love, but I love my body.  I want my daughter to understand that beauty comes in all shapes and sizes.