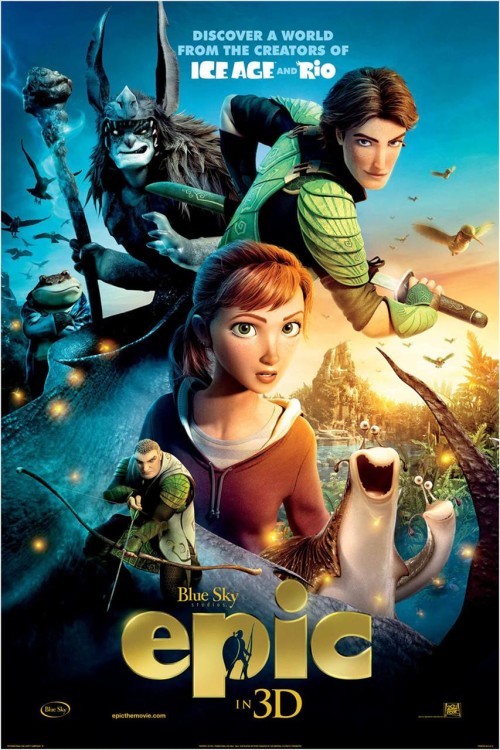 Movies like “Epic” don’t come along every day.  What I love about this film and “Rise of the Guardians” (both produced by children’s book author William Joyce) is that they encourage kids of all ages, and even grownups, to use their imaginations. You can find my interview with William Joyce here.

The animated movie Epic is the story of M.K. (the voice of Amanda Seyfried), a startlingly realistic young teen on the verge of adulthood.  She’s far too old to believe in magic, of course.

Her dad Professor Bomba (the voice of Jason Sudeikis) on the other hand is another story.  He is a disgraced scientist who believes that a whole civilization of little people live in the forest. His kookie persona and jerry-rigged contraptions to study the little people are endearing, but they drive his daughter nuts.  She doesn’t believe him.

Yet M.K. is about to embark on an adventure that proves that the little people do exist when she is magically shrunk and then meets the tiny Leaf Men, defenders of the forest.  Indeed their survival ultimately rests on M.K.’s suddenly tiny shoulders. 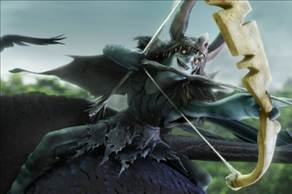 Viewers will undoubtedly recognize the voice talents of Beyoncé Knowles as Queen Tara, leader of the tiny civilization.  In general the actors give lively and memorable performances, which isn’t always the case with animated films.  The character of Mandrake (the voice of Christoph Waltz) is the one I would have liked to see more fleshed out.  I felt that the Boogie Man in “Rise of the Guardians” was more menacing because he was more well developed.  I agree with Sandie Angulo Chen of Common Sense Media that Waltz’s prodigious talent plays better in live action films.

The movie does a wonderful job of exploring the father daughter relationship, even more than recent films “The Croods” and “Hotel Transylvania.”  The movie is based on William Joyce’s “The Leaf Men and the Brave Good Bugs.”  Be sure to pick up a copy to read with your kids after viewing the movie.

Reel Mama’s recommendation: The movie is rated PG, meaning that there are violent sequences (even a few death scenes), a scary villain, and some rude language.  Yet the film somehow feels more innocent and G-rated than many other recently released kids’ movies.  I’m going to recommend that the film is appropriate for ages six and up.