So many great entertainers walked the red carpet this year, but 10 noteworthy artists not only deserve best dressed Oscars 2013, but inspire for their inner beauty, talent, creative choices, and self-acceptance. 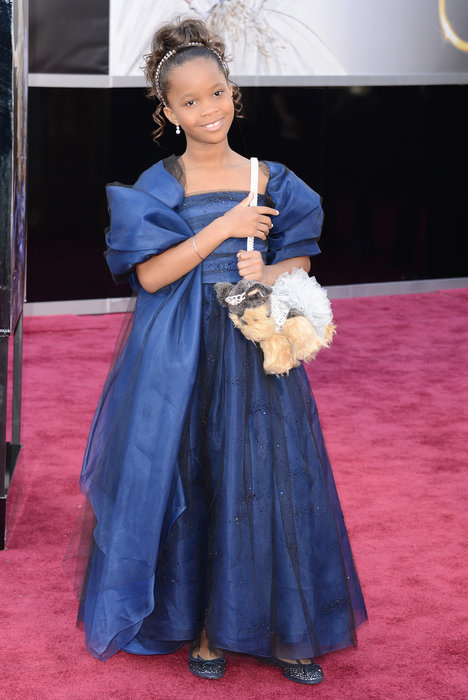 Youngest Best Actress Nominee Quvenzhané Wallis lit up the red carpet in a navy Armani gown with wrap.  Yet the nine-year-old’s true fashion statement is her Yorkie puppy purse by Poochie & Co.  Adorable!  Quvenzhané inspires in her fierce performance in “Beasts of the Southern Wild.” 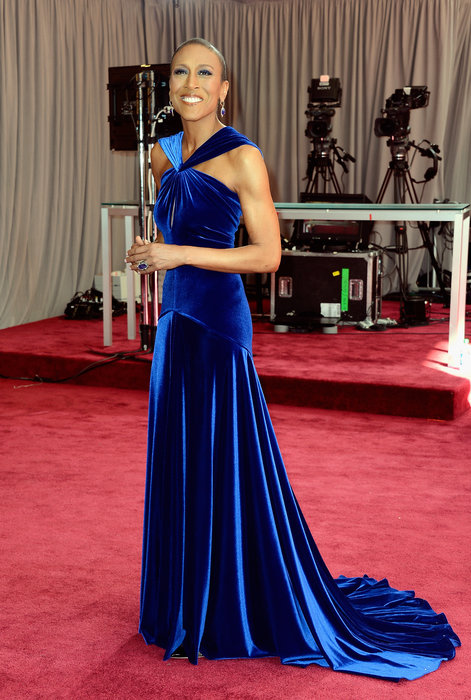 Robin Roberts wore a stunning blue velvet Marc Bouwer gown for her triumphant return to reporting for ABC after a battle with cancer.  She has never looked more beautiful, both outside and in. 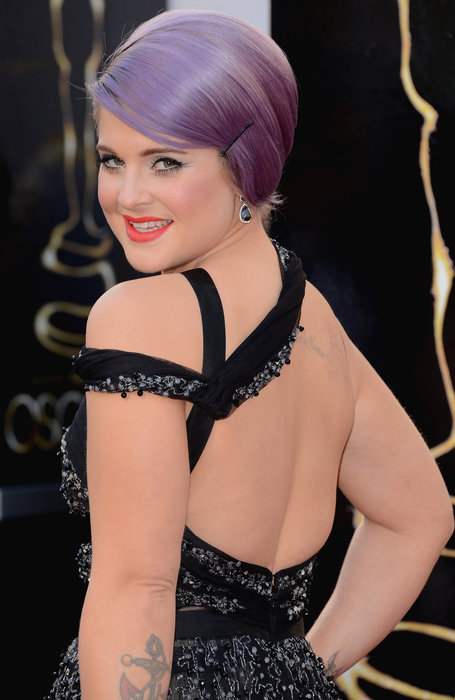 Kelly Osbourne wore a stunning Tony Ward couture dress. The reality star turned fashion expert dances to the beat of her own drum on the red carpet, sporting bodacious purple hair that would make her dear old dad Ozzy proud.  Rock on, Kelly! 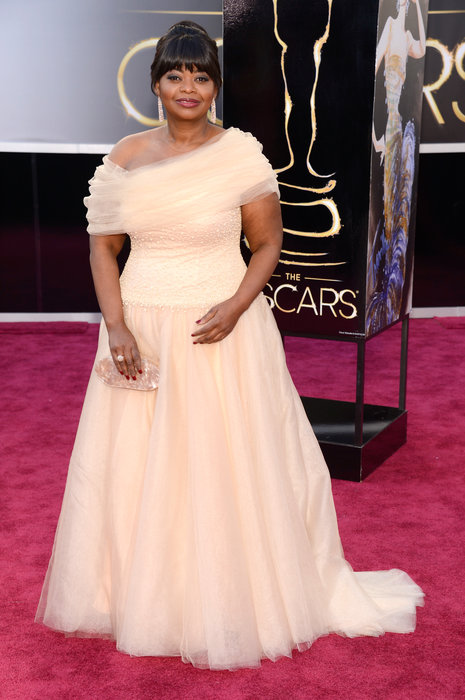 Octavia Spencer shows how it’s done in a gorgeous Tadashi Shoji dress with shoulders sheathed in tulle.  She won Best Supporting Actress last year for her role in the civil rights era drama “The Help.” 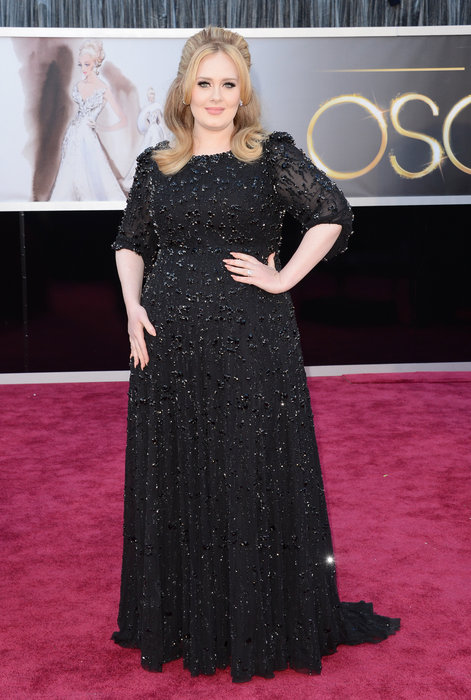 Adele wore a gorgeous Jenny Packham gown with elbow-length sleeves.  The singer-songwriter’s voice soared during her rendition of “Skyfall,” which won the Oscar for Best Song. 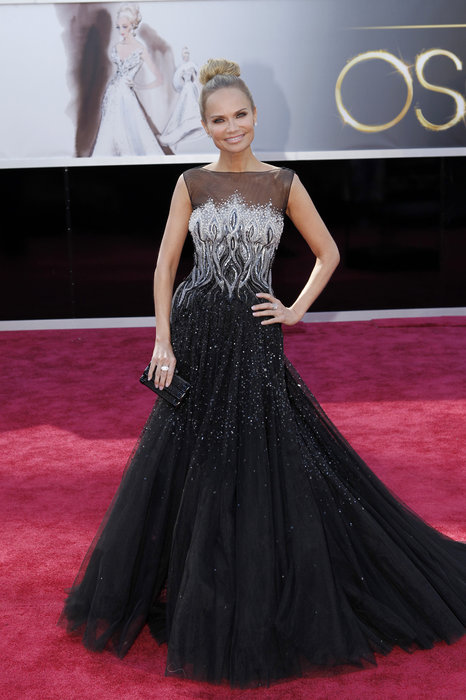 Kristin Chenoweth looks lovely in a Tony Ward dress.  The actress, singer, and comedian offered a welcomed dose of humor on the red carpet for Oscars 2013. 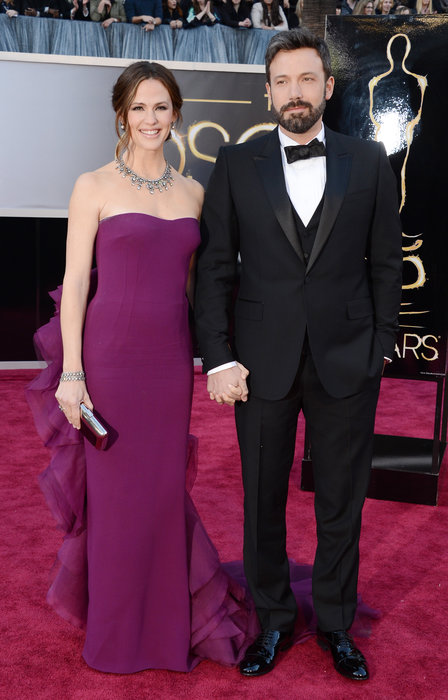 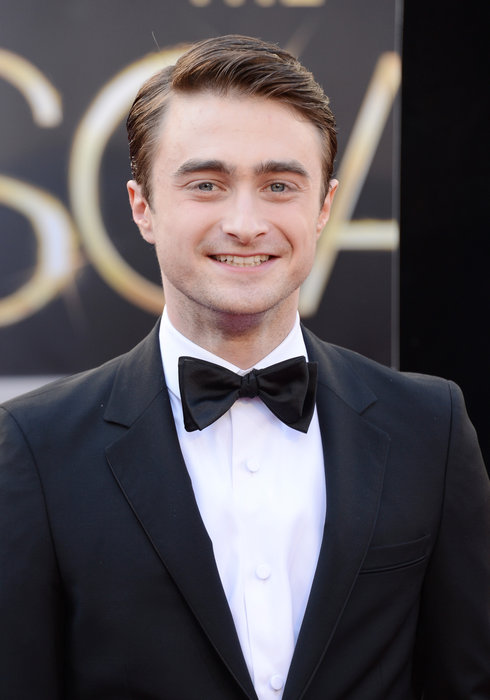 Daniel Radcliffe appeared at the Oscars for the first time both as a presenter and performer of a humorous number with host Seth Macfarlane.  The “Harry Potter” star has had a successful Broadway run with “How to succeed in business without really trying.” 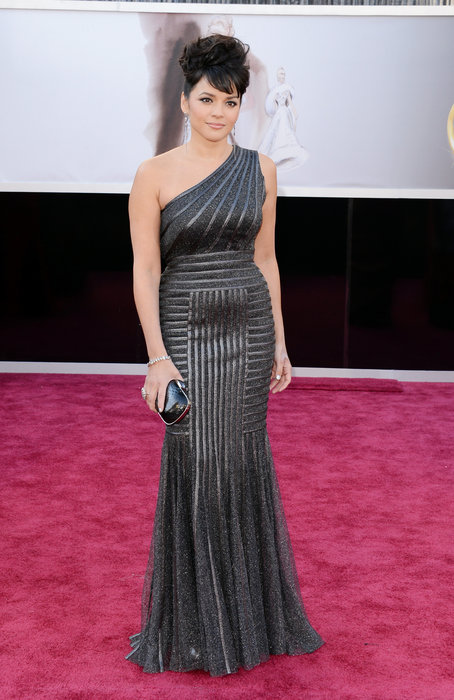 Norah Jones looks glamorous in Tadashi Shoji.  She performed the Oscar-nominated song from “Ted.”  The songstress is always soulful and, like Adele, writes her own songs.  Love her!