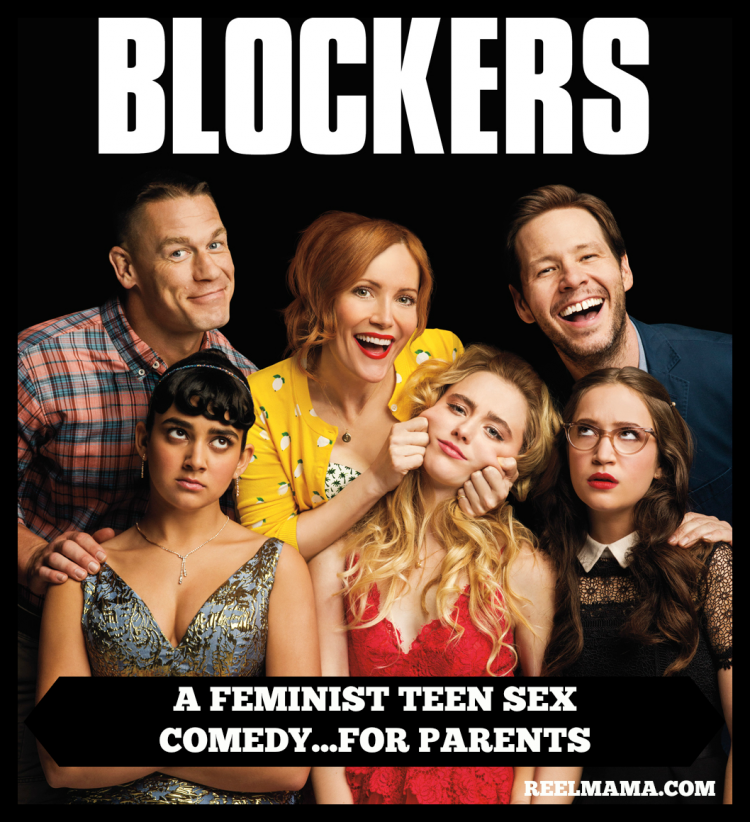 Is Blockers, a teen sex comedy about three high school senior women who make a pact to lose their virginity on prom night, feminist?

It depends on how you define feminist.

But if you look at it from the perspective of how the young women are portrayed — as carefully developed, well-written characters who are unique – then it’s a feminist comedy. In Blockers, you have the feeling that these are real girls. One is a dreamy romantic, one is a little edgy, and one is figuring out her sexuality. Normally, comedies in this genre feature either frat boys or boys who are going to be frat boys.

And if you consider Blockers as a comedy where young women take control of their sexuality and explicitly define and explore what they want in intimacy, then on that front too, it’s a feminist comedy.

But Blockers isn’t just a teen sex comedy; it’s also a midlife-crisis comedy. What surprised me about Blockers is that to me, it’s more for the parents than the kids.

Because the movie spends equal, if not more, screen time with the parents: three unlikely friends — two dads and a single mom — whose girls grew up together. They pursue an epic quest to stop their daughters’ sex pact once they find out about it by pure chance.

This is not an easy thing for a mom like me to consider, any more than sexuality was easy when I was in high school. It is a different era of sexuality than when I was growing up. There is less naiveté among young people now, more openness and hopefully more acceptance about sexual orientation. But the matters of the heart are the same for young people now as they’ve always been.

As parents, the hardest thing is to stand back and let your little girl take steps toward adulthood. We want to exercise control over their every decision. But keeping them as little girls wouldn’t allow them to experience life in order to become the extraordinary women they are destined to become. As parents, we have to let our kids make their own mistakes and sometimes fail, even when it comes to intimacy and relationships.

All of the above sounds very mature on my part. I honestly can’t promise that when it comes to my little girl’s prom night, I won’t be a blocker.

I can only hope that I can be as grown up as my own parents were, and I am forever grateful to them that they trusted me. Because it eventually led me be mature enough once I got to college to have a relationship with a man I met freshman year. He happens to be my husband of 22 years and the father of that little girl I mentioned before.

It’s the #MeToo moment, and I hope that Blockers helps open the floodgates for movies about empowered women and girls, and the parents who love them.