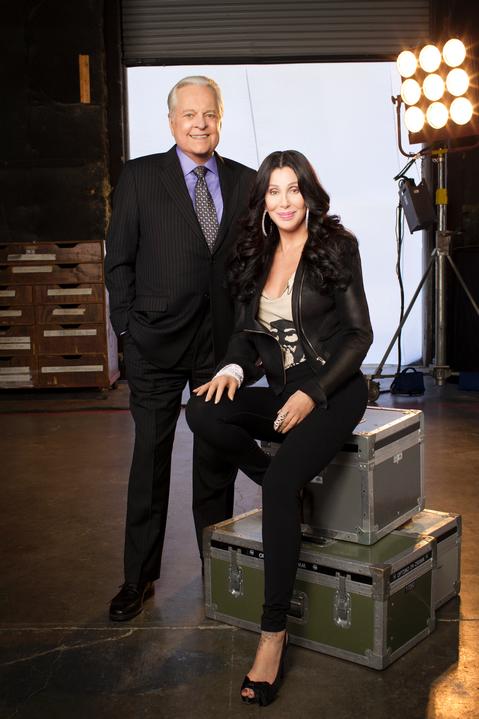 You won’t want to snap out of it when you watch the fabulous new series Cher is co-hosting with Robert Osborne on Turner Classic Movies.  It’s A Woman’s World: The Defining Era of Women in Film, running through April 2013.  We all know and love Cher as an actress and singer: her trophy case at home contains Oscar, Grammy, Emmy, and Golden Globe Awards.  What you might not know is that the artist and style icon is also a movie buff.

Cher has handpicked movie classics from the 1930s through 1950s that highlight the evolving roles of women on film.  Cher’s curated program is kicking off the Friday Night Spotlight series, which will explore a variety of topics with films chosen by beloved celebrities and film experts.

Cher is very excited about the A Woman’s World series: “Working with Robert isn’t like working at all! We can’t stop taking about the classics and obscure golden oldies. We talk though the breaks while they move the cameras, check the lighting and do the touch-ups. I can’t stop when it comes to the subject of old films, and then I get Robert going, and then the crew and director finally say, ‘Ahh, Cher? We have a show to do.’ Robert and I laugh and become gown-ups again. We don’t work. We play every Friday night in April! Come have fun with us.”

The complete schedule is as follows: