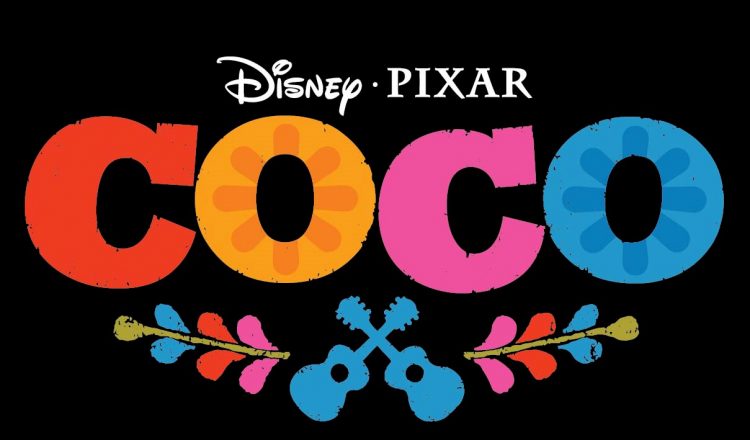 Disney’s Pixar doesn’t shy away from risky territory. With Inside Out, the filmmakers created the complicated inner emotional world of a ‘tween with feelings represented as lovable characters. With Coco, they delve into a world where animators rarely go: the afterlife. In a celebration of Mexican culture, which is rarely represented on the Hollywood screen, the filmmakers bring to life the Day of the Dead, día de los muertos. 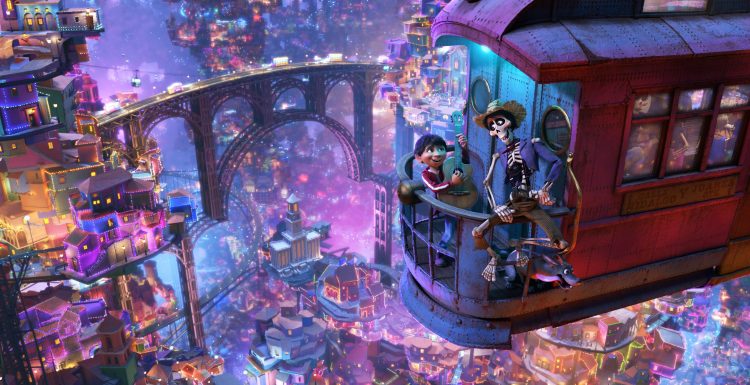 In Disney Pixar’s “Coco,” aspiring musician Miguel (voice of Anthony Gonzalez) teams up with charming trickster Hector (voice of Gael García Bernal) on a life-changing journey through the Land of the Dead.

In the movie, young Miguel (the sweet and ernest voice of Anthony Gonzales) dreams only of playing music like his idol, Ernesto de la Cruz (Benjamin Bratt). But it is strictly forbidden in his family due to the heartbreak it caused his great-grandmother Coco when her own father abandoned the family to pursue music. It would seem that Miguel must accept his destiny to follow in the footsteps of his shoe-making family. That is, until he is magically transported to the Land of the Dead, where he believes he’ll be able to get a blessing from his ancestor to become a musician.

On the surface, the Land of the Dead would seem too morbid for a Disney film. How could they manage to make talking skeletons likable, even lovable? Their flawless animation team does their best with the skeleton characters. The drawback is that it’s impossible for them to capture the full range of emotion possible on the level of Inside Out or even Finding Nemo. The facial expressions just aren’t possible with skeletons, and the presence of the skeletons carrying out the main action can wear a little thin (no pun intended).

The story takes a dark turn here and there, beginning with the fact that the whole movie is about the theme of death. But it is also about life, and most importantly, remembering those who have gone before. Treasuring the connections with the past, cherishing the memories, taking a moment to reflect and recall—it is so important to take the time to do that, to celebrate family in every sense, past and present—in our hectic world.

The joy and power of music to help us remember

Coco is also about the power of music to bring joy and delight, how it connects us to memories and helps us recall specific moments with our families. Ultimately, the way family connections are recalled and celebrated will bring tears to your eyes. Coco is Miguel’s great-grandmother, and when he helps her recall the precious memory of her own father, it is magic.

I’m recommending Coco for ages seven and up due to the previously-mentioned dark themes (which include murder). Overall, Coco is a celebration of Mexican culture and customs not seen enough on the big screen. See it in the theater — the animation is stunning, if strange, and well worth a family outing to the movies. Opens November 22, 2017.

Has the Day of the Dead ever been explored in animation before? The surprising answer is yes, in the gloriously beautiful and under-appreciated Book of Life. Check out my review!