Disclosure: The following interview was conducted as part of an expense-paid blogger event for Disney. 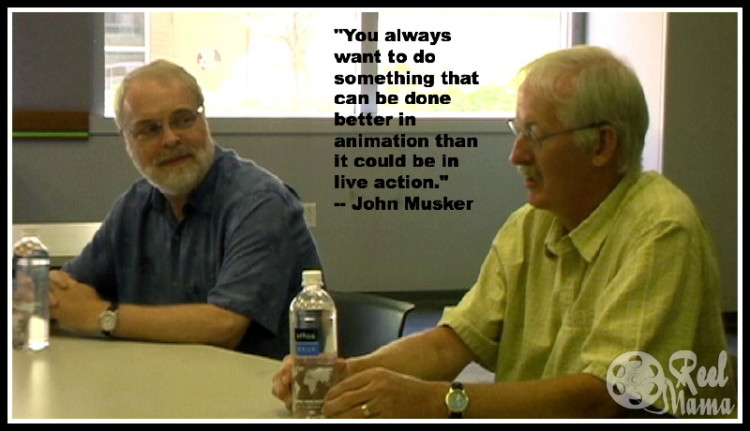 Meeting Ron Clements and John Musker was a real bucket list moment for me. The directors of Aladdin, The Princess and the Frog, and The Little Mermaid were on the Disney lot recently to celebrate the upcoming Blu-Ray release of The Little Mermaid on October 1, 2013. 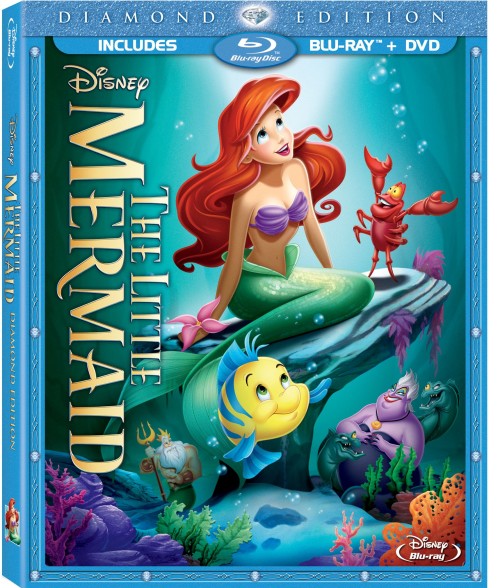 I was honored to be included among a group of bloggers that I admire deeply, to interview Ron and John and ask them about their memories and experiences making The Little Mermaid.

One thing that struck me most about the interview with Ron and John was how present Walt Disney’s influence is in their work, past, present and future. Disney’s philosophy, instincts and gift for storytelling continue to inspire Disney’s moviemakers and talent today. For instance, Ron and John explained that Disney never thought of his films as being for kids. His vision was that all ages would appreciate movies like Bambi, Pinocchio, and Fantasia. 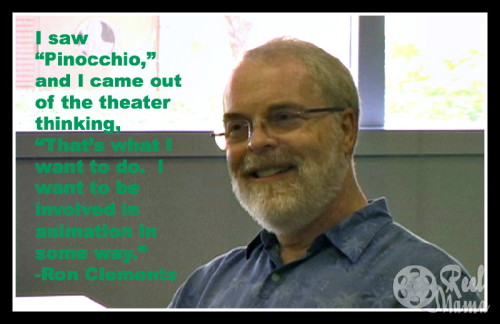 I also learned that Disney experienced his share of rejection and doubt. In 1937, no one believed that a cartoon could succeed as a feature-length movie. “Before that time it was just seven- minute shorts [shown in movie theaters] and people thought Disney was crazy. Snow White was called “Disney’s Folly” because a lot of people thought no one was going to be able to sit through a cartoon that’s 90 minutes long,” said Ron. Of course, Snow White proved the skeptics wrong in a big way.

Like Disney, Ron Musker and John Clements have never stopped dreaming. In spite of their success, they too experienced their share of rejection as the studio heads initially did not accept The Little Mermaid as a viable movie idea (wisely, they later changed their minds). Ron and John also experienced the doubt that The Little Mermaid would be finished by its release date and accepted by audiences: “There was a lot of pressure – [We were asking,] ‘Are we gonna be able to get the film done in time?’ said Ron. “It’s so consuming just trying to get the film done in time, you’re so preoccupied, that you forget about anything else besides getting the film done. So [afterwards] it’s kind of, ‘Whoa, not only did we get it done but people really like it!’

John and Ron grew up with Sleeping Beauty and Pinocchio. “I saw Pinocchio,” continued Ron, “and something about it…I don’t know if I was just the right age. Whatever it was, I came out of the theater thinking, ‘That’s what I wanna do. I wanna be involved in animation in some way.’” 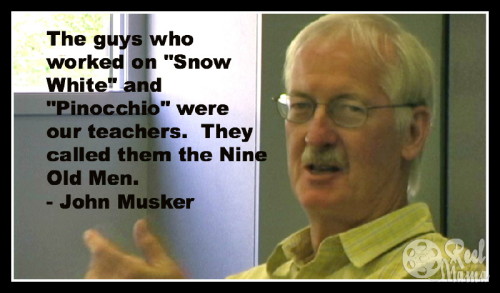 The same artists who created Pinocchio, Lady and the Tramp, and many other classics, famously known as the Nine Old Men, were John and Ron’s teachers.  “They were a group of veteran animators, and we learned right from them how you do animation,” said John. “They put [the sketch] on their drawing board, and put a sheet of paper over it to draw over it and show you how it could be better.”

I found this description to be particularly touching. The Nine Old Men’s films are universally loved and have inspired generations of movie lovers. Pinocchio was my first movie, and that big-screen experience instilled in me a lifelong love of movies. Now, Ron and John are carrying on Disney’s legacy, inspiring audiences of all ages to appreciate the special quality of drawn, 2D animation they perfected in The Little Mermaid.