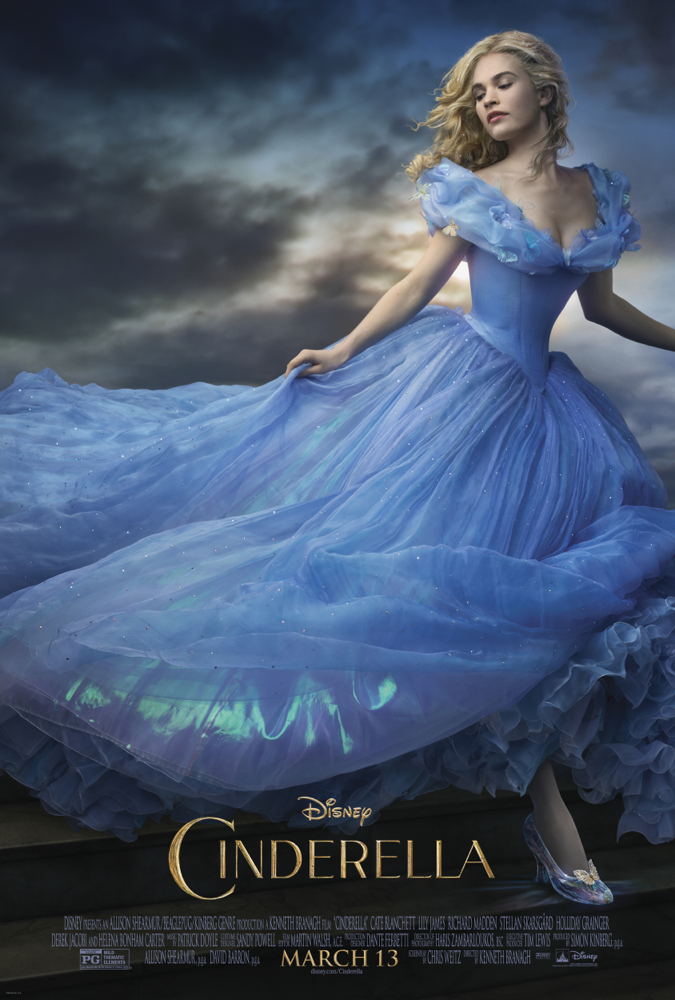 As empowered as girls are today, in some ways it’s hard to believe that Cinderella is still relevant. The story of the girl in rags waiting for a handsome prince to rescue her is centuries old, and some would argue, just as dated.

This was perhaps Disney’s biggest challenging in tackling a new, live action version of Cinderella. How could they make Cinderella not only matter, but entertain us?

Start with discovering the perfect Cinderella capable of portraying an empowered dreamer. That actress they found in Lily James, already famous for portraying the forward-thinking, thoroughly modern Rose in Downton Abbey.

Ask James to infuse that spunk and vision that already came naturally to her into a new Cinderella, one who’s philosophy for living, learned from her late mother, is to “have courage and be kind.” The new Cinderella for 2015 is kind, but she is far from meek. She has the courage to tell the prince in a chance meeting while he’s out hunting that they should not kill the noble stag: “Just because it’s what’s done doesn’t mean it’s what should be done.”

The secret to this new Cinderella’s success doesn’t lie only with the modern take on the title character. What makes it work is the depth and humor brought to most of the characters. If you want to ensure a fascinating step-mother, also known as Lady Tremaine, cast the most versatile actress working today (besides Meryl Streep): Cate Blanchett.  Think she’s too young and beautiful to portray the wicked stepmother? Think again. These are the very traits that make the role work, and even allow us to feel some sympathy for her.

Yes, Lady Tremaine upstages Cinderella on a number of occasions with her stunning beauty and fabulous wardrobe, but it shows us that here is a still-young woman who was trapped in the conventions of society when her second husband (Cinderella’s father) passes away. She had no means to generate income except to marry off her eligible daughters, the bumbling, petty Anastasia (Holliday Grainger) and Drisella (Downton Abbey fans will love seeing Sophie McShera, who portrays Daisy on the PBS hit). Her desperation causes her cruelty to get the better of her.

Then there is the prince, actor Richard Madden, who portrays fan favorite Robb Stark in Game of Thrones.  His best quality is that he’s just a sweet, concerned guy. He’s not shallow or narcissistic (although he too pulls off some great outfits). And finally, certainly not least, is the fairy godmother, portrayed by Helena Bonham Carter. She’s beautiful, but she’s also endearingly bumbling, bringing plenty of comic relief to Cinderella’s dire situation. Eventually, of course, the fairy godmother gets the spells right. 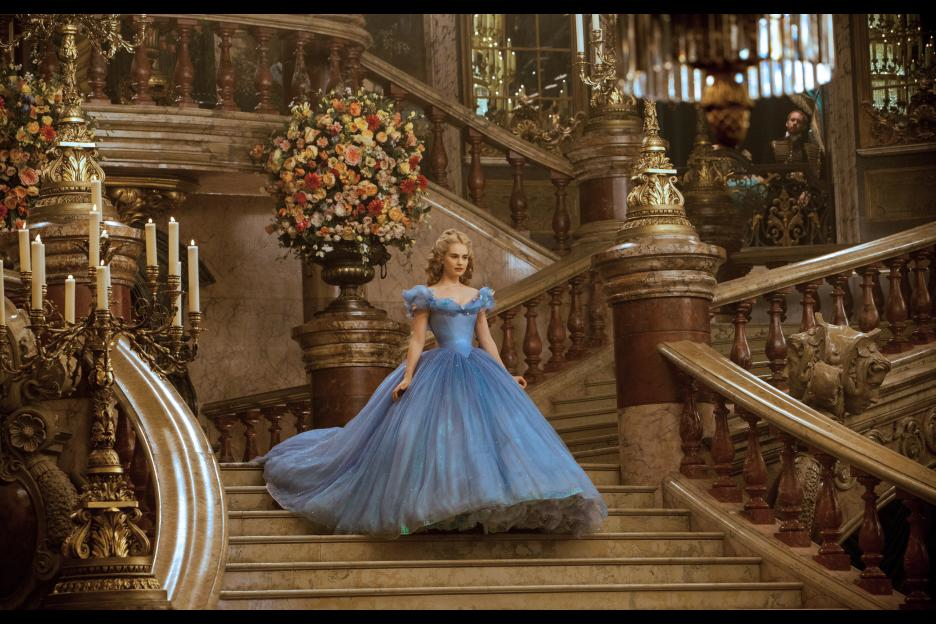 I would have like to have seen Cinderella a tad less corseted in her ball gown, and I could have done without a joke at the expense of an overweight woman during the attempts to reunite Cinderella with her shoe. This is not a banner work with an overt feminist message like Brave. Yet overall, the movie will perfectly entertain its target demo of little girls 5-10, and there’s plenty to keep parents amused as well.

My little girl fell in love with it, and I think yours will too.