Home ☢ Commentary ☢ DOWNTON ABBEY beloved character killed off in Season 3: Why the writers got it wrong 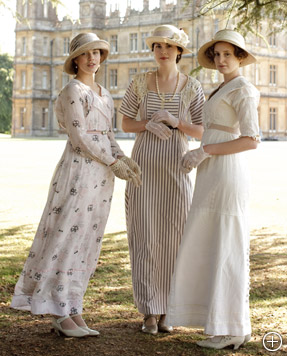 It’s no secret that I’m a “Downton Abbey” fanatic, and rather than buying the DVD series of season three, I’m waiting for the PBS broadcast each week. It’s incredible that I didn’t read anything that might have spoiled Sunday’s episode for me.

So fair warning, here’s a major SPOILER ALERT for anyone who is waiting to watch the episode on their DVR. I’ve already given enough away with my title. Read no further if you don’t want a major plot twist revealed before your eyes.

Series creator Julian Fellowes has chosen to drop a bombshell. No not the literal kind they’ll see once they get to World War II, but the kind that shakes up its viewers and leaves them agape with their hands over their mouths.

No one ever said “Downton Abbey” would be predictable. In a shocking turn of events, Lord Grantham’s youngest daughter Sybil dies in childbirth from preeclampsia, a condition of high blood pressure in pregnancy causing seizures if left unchecked, that is still very much a danger for pregnant women today. The condition is closely monitored, and an emergency C-section is always necessary if a woman develops it.

Some reviewers saw Sybil’s death coming, but I have to confess that I didn’t. I have to admit that while the deathbed scene had the intended emotional effect on my heart, I was left scratching my head at the end of the episode. With the death of the show’s beloved Sybil, a lot of exciting potential plot lines died with her.

Maybe it’s just the screenwriter in me, but I wouldn’t have chosen to kill off Sybil. It seems that Edith instead of Sybil will be the one to take up the mantle of the feminist cause, but the show needed Sybil’s rebellious spirit and modern attitude. Sybil was the one to wear pants, after all. I feel that her character wasn’t developed as thoroughly as the other two sisters, perhaps because she was viewed as disposable.

But it wasn’t up to me. I will of course continue to watch “Downton Abbey” to see how the muses have inspired its creators. They’re probably happy that I’m upset and writing about the show because it’s just what they wanted: to get people talking.

As for “Downton Abbey,” I still can’t believe I care so much about rich people’s problems.

Enjoy this photo gallery of Jessica Brown Findlay as Lady Sybil Crawley from “Downton Abbey.”  Photos are from PBS.org. 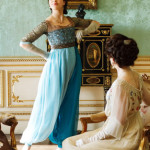 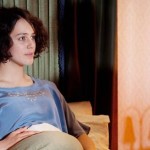 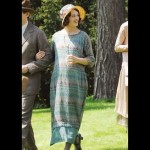 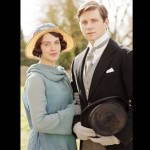 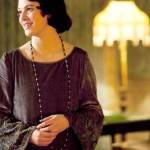 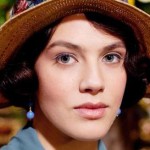