Warning: Extremely mild spoiler alerts ahead, but you won’t be disappointed ~ I promise!

Downton Abbey fans are dying for Season 4 to make its way Stateside, but Americans will have to wait until January 5, 2014, for the another installment of the addictive series. What if we Americans go to Downton? Notwithstanding the countless tourists flocking to Highclere Castle (I hope to be one of them one day soon) Americans are already making their way over to England to be a part of the beloved show. Namely, two veteran award-winning actors.

Shirley Maclaine will reprise her role as Cora’s mother in Season 4, and we all know that is going to be entertaining, especially when she gets to sink her claws into the heart of the Dowager Countess (Maggie Smith, who is DEFINITELY back for Season 4) with her snipes and barbs. Of course, the good Dowager won’t take it lying down. Her eyes will shoot daggers no doubt. She could bring down nations with one imperious jerk of that head held so high despite the fact that her world is crumbling around her. 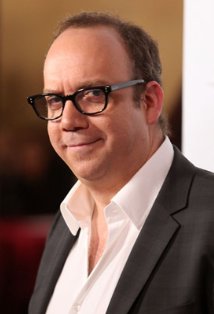 Paul Giamatti: The next ladykiller on Downton Abbey? Photo: IMDB.com

And there is going to be another Yankee in Lord Grantham’s court: Paul Giamatti. He will play Cora’s freewheeling brother. And for this role, since his character is being described as a playboy, Giamatti may finally get to pose the question he’s been waiting to ask his whole career: “Do you think I’m sexy?’ This is a chance that may not come along every day for Giamatti, considering that he often plays insecure losers (see Sideways). He is a character actor’s character actor, and he’s now ready to show the lady killer side of himself. Lock up your daughters!

One of the more fascinating developments that has been confirmed is that Downton Abbey will tackle race relations in Season 4. This doesn’t surprise me considering that it’s a topic that really interests the show’s creator Julian Fellowes. It’s addressed in his family friendly ghost story movie called “From Time to Time.” 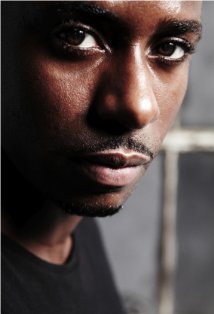 Some (including some of my readers) have argued that Lord Grantham’s liberal views on homosexuality and race don’t accurately reflect the harsh reality of the period. Yet Fellowes has to take some liberties with the issues in order to make it palatable to a modern audience, even if they are a little, or a lot, anachronistic.

Gary Carr will portray the first black character on “Downton Abbey,” Jack Ross, described as a night club singer in his mid twenties, “a real man (not a boy) with charm and charisma.” I can’t wait to find out who falls for him: Mary, Edith, the Dowager, or all three. Look out!

Jessica Brown Findlay, who portrayed Lady Sybil, the the youngest of the three Crawley sisters, has recently gone public about her decision to leave Downton. Findlay confessed a desire to try something new after three seasons with Downton Abbey. She wanted to leave her comfort zone, and the restrictive clothing, behind. Findlay did just that in the swashbuckling UK drama “Labyrinth.” She said about her nude scene that she refused to work out, instead “drinking pints and eating burgers.” A girl after my own heart. Cheers, Jessica! We’ll no doubt find her with a sword in one hand and a Royale with cheese in the other at a theater near you.

As for Dan Stevens, who played Matthew, and Siobhan Finneran, who played O’Brien, they shared Findlay’s sentiments and wanted to leave because they didn’t want to be typecast in these types of roles. I have bad news for them: it’s too late. They want to disassociate themselves from these characters, but actually these are roles of a lifetime bringing joy to millions of fans. They will always be remembered and associated with these roles, no matter how far they run.

Here are some other new cast members, according to the PBS website: 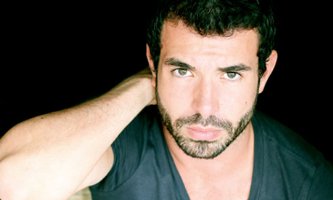 Tom Cullen will portray a hunky houseguest on Downton Abbey Season 4. Mary, put your eyes back in your head! Photo: IMBD.com

Tom Cullen as Lord Gillingham, the Crawleys’ old family friend who conveniently pays them a visit.

Nigel Harman as Green, a valet

Dame Harriet Walter as Lady Shackleton, an old friend of the Dowager

Joanna David in a guest role as the Duchess of Yeovil

Enjoy a few of my other posts on Downton Abbey:

DOWNTON ABBEY beloved character killed off in Season 3: Why the writers got it wrong