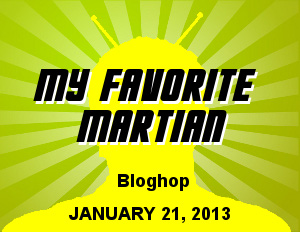 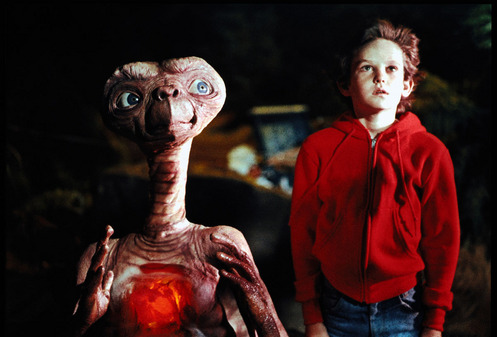 As part of “My Favorite Martian” Blog Hop Celebration, where bloggers were invited to share their favorite otherworldly being with readers, I have to admit that for me there was no contest.  When E.T. turned on his “heart light,” he captured my heart, along with the hearts of millions.  It has proven to be a touchstone for my generation X, as it no doubt is for generations Y, Z, and whatever comes after that.

The film is the simple story of an alien who happens to get separated from his ship when it makes an exploratory landing on earth.  A human boy, Elliot, discovers the alien and names him “E.T.,” short for “extra terrestrial.” 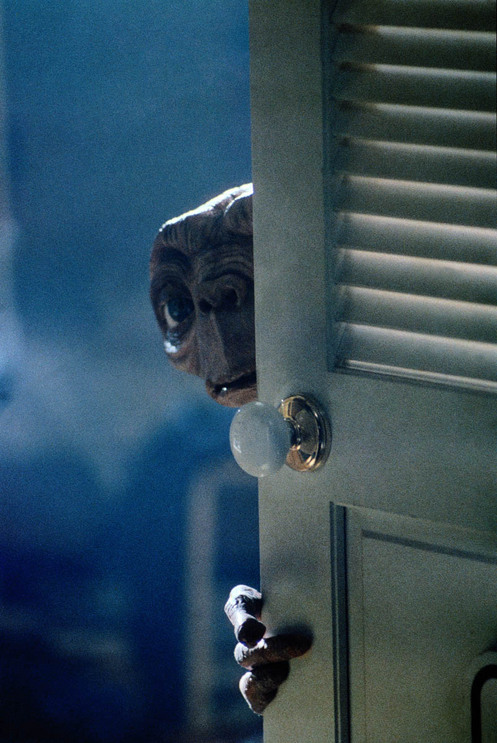 Elliot (whose name, not coincidentally, begins and ends with “E” and “T”) provides safe harbor for E.T. by hiding him in his room until they can figure out a plan to help E.T. “phone home.“  They must find a way to contact E.T.’s relatives, so that he can return to the place where his heart belongs, and in the process he and Elliot become true friends.

But when scientists get wind of E.T.’s presence, they believe they must collect him as a specimen for analysis.  By this point, the audience has come to think of E.T. not as a creature or a puppet, but as almost human.  E.T. has the most human qualities of all: vulnerability and the ability to love, which is what makes us love him so much, and root for him in his desperate dream to return to his home planet.

Steven Spielberg’s classic continues to amaze and inspire to this day, in spite of significant advancements in special effects since 1982, when the film was first released.  Who can help but be moved when Elliot and E.T. take that magical bike ride against that glorious full moon?

E.T. is not from Mars, but he’s without question “My Favorite Martian.”  I can’t wait for my little girl to “meet” him, preferably on the big screen, when she’s a little older. 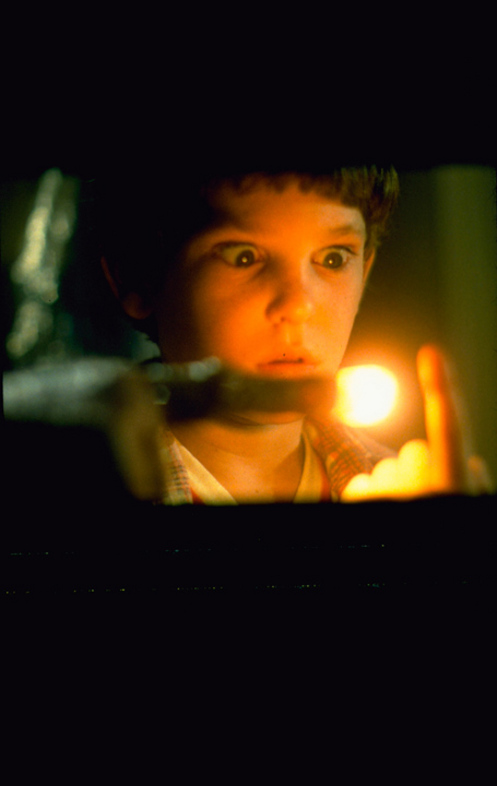 Do you have a favorite alien?  I’d love for you to share in the comment section, and check out the other blogs participating in the “My Favorite Martian” Blog Hop at the links below.

Bloggers, want to join the the blog hop fun?  Just add the link to your post below, and check out who (or what?) other bloggers have chosen as their favorite “Martian.”