Mary and the Witch’s Flower 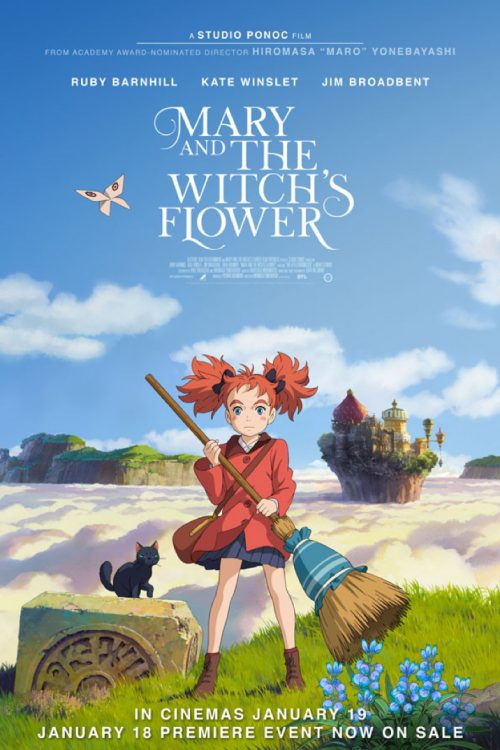 If you are fortunate enough to live close to one of the theaters where this very limited release is now playing, then don’t miss your chance to see Mary and the Witch’s Treasure on the big screen.

Bored in the country home of her great aunt, young Mary decides to follow a cat into the woods, where she discovers a broomstick and a rare flower that releases its magic, giving Mary magical powers for just one night. She finds herself at Endor College (the Hogwarts of this adventure) where bad things are happening. Mary has to set things right.

If you are the parent of a tween and/or Harry Potter fan, this gem of Japenese anime is bound to please. It will also offer up something different than your usual Hollywood animated film. Mary and the Witch’s Flower features poetic storytelling seen in beautiful movies such as The Secret World of Arrietty and Spirited Away. It is made in the tradition of Studio Ghibli films.

Check out this link for tickets and to find out if it’s playing near you.

Trolls: The Beat Goes On! (Animated series on Netflix) 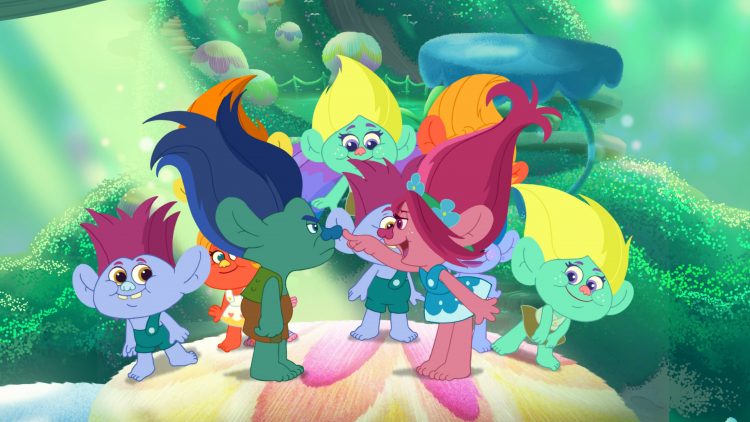 “Trolls and the Beat Goes On” is an animated series continuing the story where “Trolls” the movie left off.

Did your kid love the dance grooves and (pardon my French) glitter farts of Trolls? Dreamworks already has the sequel: it’s a new hand-drawn animated series called Trolls: The Beat Goes On. The new series picks up where the movie leaves off: Poppy is taking on the challenge of ruling the Trolls kingdom, and oh-so-serious Branch still has a lot to learn about embracing the zany fun that most trolls celebrate. The series features six episodes, each with original songs.

Looking for something to binge-watch with your kids? Just Add Magic is it! This Amazon Prime series kicked off with 11-year-old Kelly discovering a mysterious cookbook in her attic. The musty tome contains untold secrets and seems to have a life of its own as it guides Kelly and her friends to cook recipes that are in fact spells (examples are “Lost and Found-ue” and “Shut ‘Em Up Shortcake”). The book once belonged to Kelly’s grandmother and her own friends, but now Kelly, along with besties Hannah and Darbie, are the new protectors. The girls are also entrusted with ingredients that power the magic. In the newest, just-released batch of episodes, a mysterious villain is harming all former protectors of the cookbook and destroying the ingredients. We can’t wait to kick this mystery off with some popcorn and hot chocolate.