Home ☢ Geetha's What to Watch ☢ Geetha’s What To Watch: Transformers: The Last Knight

Well, it must be summer, because the Transformers are here. But. Is it worth the cash? The hype? The endless virtual clubbing over the head ensuing on hundreds of forums worldwide even as you read this? I do love Hollywood despite its rotten core… but yes, I remember way back when I swore to always tell you the truth, no matter what. 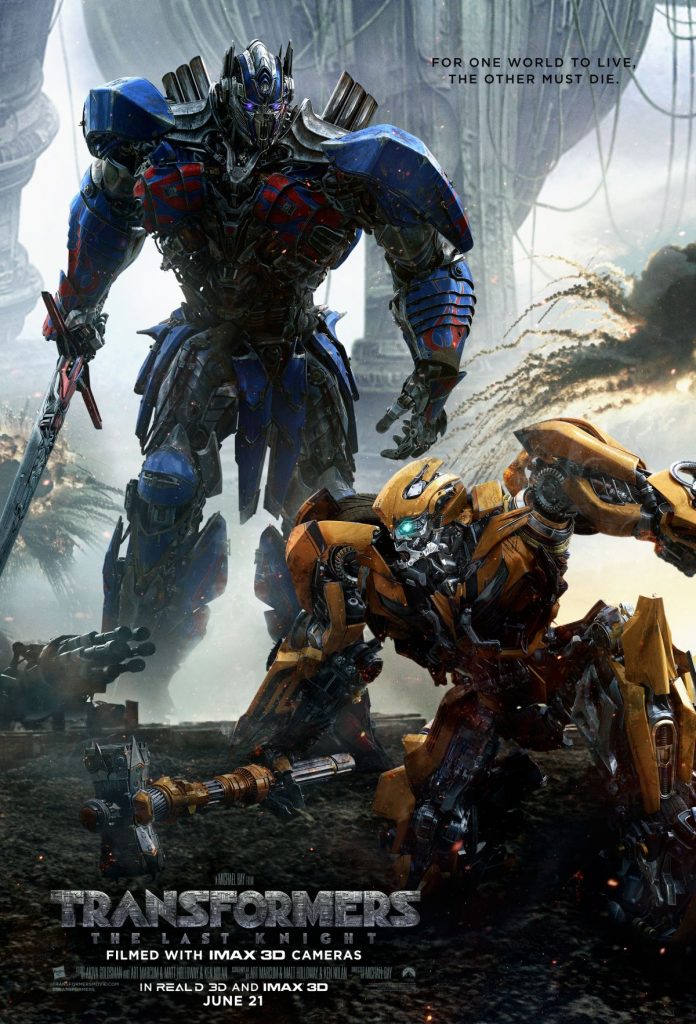 And it’s sad because I like Michael Bay. He’s a really nice guy. A wonderful leader. But the fact remains that this is not a charity (it’s not even a g* democracy, people!). It’s the Box Office, which is a brutal opponent to duel. If you step up to the plate, you must be prepared to face the worst. And… yeah, there are some big problems with this sequel.

Don’t get me wrong. The CGI is astounding. Did I say that loudly enough? Astounding. But after four of these, even that brilliant card isn’t enough to save this tired installment. And perhaps it’s just me, but it seems Michael himself is sick of the Transformers. For instance: where are the fast cars he loves so much to make scream onscreen? The attendant vehicular insanity? Their absence leaves a hole in my heart. Then there’s the morass of ridiculous subplots, which, as magical as they apparently seemed on the pages of a script, serve only to chip away at the audience’s already waning attention. There’s no shortage of new characters either, who are randomly introduced and forgotten just as quickly. If this is getting too difficult to keep track of, don’t worry. The writers have included flashbacks and even a couple of varied time lines, so that’s should help keep things straight 🙂

So there y’are, ladies and gents! These are the facts. But here’s the thing: the CGI is just stunning. In fact I’ll guarantee it’ll blow even the most jaded of you far, far away. No one does this as well as Bay. Go see it in 3D and you’ll be lost in a magical insane robotic dream … well, sorta… encompassing the past and present. I’d even say those effects are worth the ticket price.

So do you agree? Or do you think I’m full of s***? That I lied? That I’m just protecting my own interests? Go on, toss it in my face! You know how I just cannot stay away from Twitter 🙂 But most importantly, be sure to have a splendid, splendid weekend at the movies, and let’s meet back here in a week or so. Adios, my lovelies!