Home ☢ Uncategorized ☢ Geetha’s What To Watch: A Star Is Born, Venom, and more!

Hey there folks, how are you these days? Here’s hoping the hurricanes are gone for good. We’re so sick of rain here on the east coast. May the universe bless us with good weather – and good movies! Read on to see the best of the latest crop at your local theater… 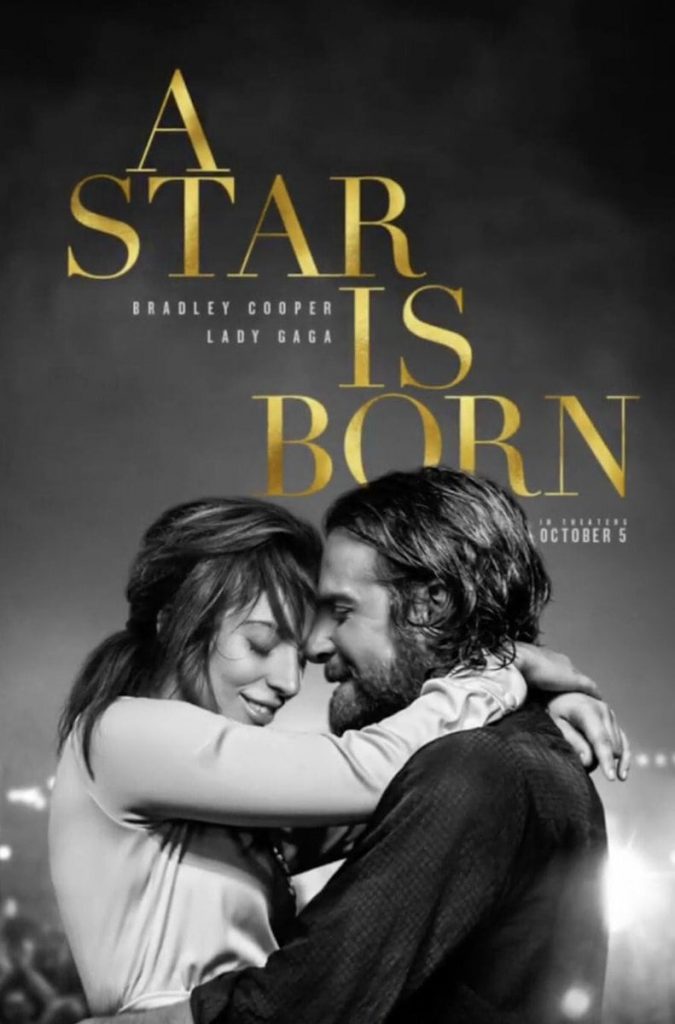 A STAR IS BORN
Isn’t stardom just depressing? You have to be willing to sacrifice love to achieve it – and it may well turn out hollow and fleeting. And if you’re already famous, can you withstand the pain of being sidelined by a lover’s success, when you helped them make it big?

The teary story has been remade a few times, but that doesn’t detract from this brilliant version, which comprises Bradley Cooper’s directing debut. Cooper also stars as alcoholic country music star Jackson Maine, and Lady Gaga plays struggling novice Ally. Dave Chappelle has a supporting role as Jackson’s friend, and Andrew Dice Clay plays Ally’s father. The songs are wonderful, especially the ones performed live, and the script is excellent. Hello, Oscar!

VENOM
I’m sure by now you’ve seen many vent (their venom) online, saying this flick is a worthless bore. I suppose you could too. But if you look at it as a commentary on the twisted relationship that could exist between an alien symbiont and a human being, it’s actually not that bad at all.

The (very) talented Tom Hardy plays Eddie Brock, a reporter sent to kiss up to his employer’s billionaire sponsor Drake (a competent Riz Ahmed) – an arrogant moron trying to play God with alien DNA. Eddie instead decides to expose the man for the a*hole he really is. Unfortunately for him, that’s when Drake’s alien project decides to take a direction of its own.

Now locked into the same body, Eddie and the alien are forced to contend with each other’s flaws (Venom voiced by Tom Hardy). There are parts where the flick seems juvenile, and even jaded in that it treats the utter lack of humanity as a mere annoyance. Still, it’s hard not to feel compassion for both entities in their struggle of wills. And that’s just the beginning of the ethical challenges Eddie will face.

I think this Spiderman spinoff is actually far more honest—and plausible—than most superhero flicks. Seriously—if a jackass like Drake was threatening humanity’s well being, would you bend to human ethics, or would you do what you had to, to save us all? Thank you 🙂 Also, Michelle Williams has a supporting (very small!) role as Eddie’s lover. Here’s the trailer:

THE HATE YOU GIVE
This is a well-scripted, well-acted social drama about the challenges of racial bias in today’s world. Teenager Starr Carter (Amanda Stenberg), as a resident of a black neighborhood attending a mostly-white private school, has unique social challenges. After her childhood friend Khalil (Algee Smith) is killed at a traffic stop thanks to an inept police officer, Starr, who was a passenger, is conflicted: she’s unsure whether to speak up, because not only would it put the spotlight on her and family, but it would also make public certain facts about Khalil’s life. Many YA adaptations are lacking. This is definitely not one of those.

Which flick will you pick? Don’t let critics turn you off. Listen to me instead 🙂 and let me know how it went! See you next time.