Home ☢ Geetha's What to Watch ☢ Geetha’s What To Watch: Bohemian Rhapsody and more!

Hey there, everyone! Was Halloween scary enough for you? No? Never mind, the real scare is yet to come… at the elections! You may need the comfort of the local theater, where Tiffany Haddish and Rami Malek await your presence. But will you like them? Read on to find out… 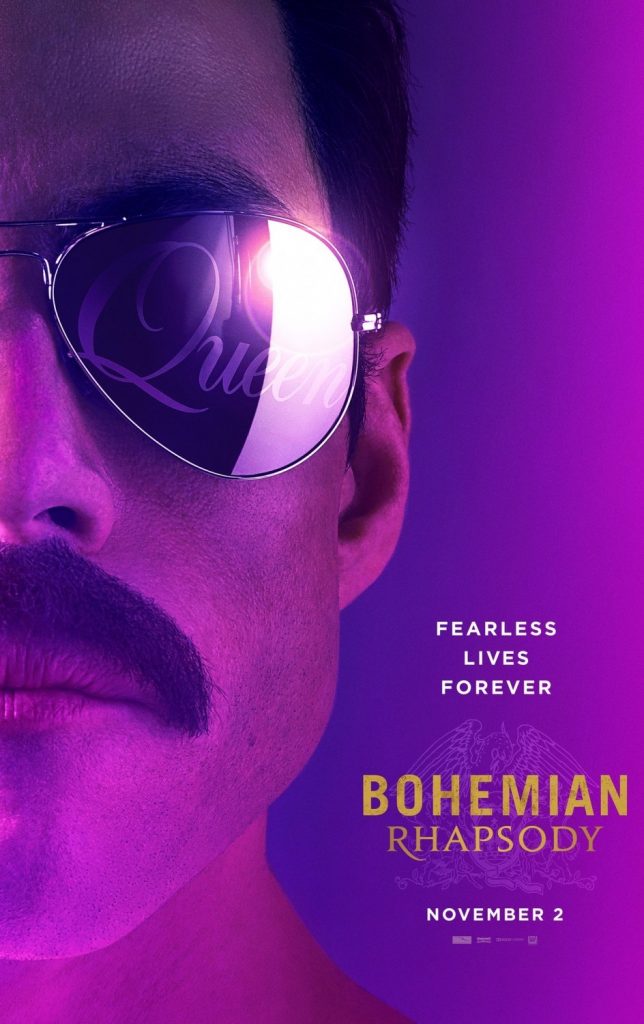 BOHEMIAN RHAPSODY
Named after the song Queen is probably best known for, this flick is a biopic focusing on the life of Freddie Mercury, the lead singer. Is it worth the theater ticket? Definitely, if you’re into Queen. Rami Malek (‘Mr. Robot’)’s portrayal of Freddie Mercury will absolutely, absolutely! make this worthwhile. His performance is downright electrifying. Seriously! But, be warned: it’s a strange take on Mercury’s life. I mean, you cannot think of Queen without seeing Freddie in all his gay glory, prancing about onstage in that white tank and tight jeans. This biopic, however, portrays being gay as… undesirable. Which is a malign way to look at it, in this advanced day and age. Sex is a powerful form of expression, and to deny or sideline or ignore it—no matter what form it takes—is to be blind to the very reality of life. It makes one wonder why they greenlit this particular version of the script. Huh… fascinating stuff, right? Always remember, a film is a product of its sponsors, and it contains whatever idea they want to put forth into the mind of the public. Anyhow, here’s the trailer:

NOBODY’S FOOL
Another one of Tyler Perry’s tired flicks about how women should be. Tiffany Haddish plays Tanya, a wild young woman who sees the truth behind her sister’s (Tika Sumpter) mystery online lover—the man is conveniently never available for a video chat. Determined to reveal his game and save her sister from her silly romantic longings, Tanya calls on the Catfish crew from MTV (the show actually exists. And yes, Tyler is shilling for MTV). Omari Hardwick plays the sweet coffee guy crushing on Danica, and Whoopi Goldberg is the perennially high mom to the two girls. Still, there are enough laughs that will make this movie a nice date night flick. Check out the trailer:

And that’s it for me! I’ll be at the theaters, in person or in spirit, so come on down! If not, I’ll see you right here next time in cyberspace! Adios!