Home ☢ Date Night ☢ HITCHCOCK the movie: A wicked fun take on the master of suspense 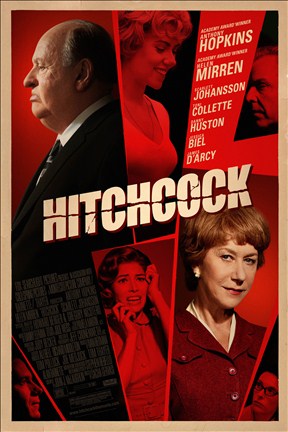 Movies lovers the world over know that Alfred Hitchcock was and is the master of suspense, but few know the details of his personal life.  Movie lovers also know that “Psycho” set the standard for horror films as we know them today, but may not know that the story behind the making of it is also fascinating.  With the new movie “Hitchcock,” we will be in suspense no more when it comes to learning what the master of suspense was really like.  And what better venue than a black comedy on the silver screen to learn all the juicy (and in some cases gory) details? 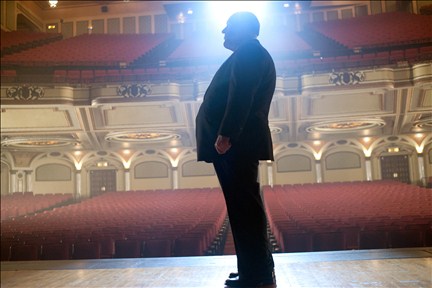 Enter Anthony Hopkins, who morphs remarkably into that familiar profile we came to know and love through the 1960s cult classic TV show “Alfred Hitchcock Presents.”  Did Hopkins gain almost 100 pounds for the role?  My research showed Hopkins is something of a fitness fanatic and refused to gain weight for the film.  Instead he achieved massive proportions through an immensely padded body suit and prosthetics.  Brilliant acting did the rest.

Speaking of brilliant acting, there’s no performance in this movie that isn’t thoroughly enjoyable.  Helen Mirren is always a pleasure to watch, and this time we find her not as the head honcho, as in “The Queen,” but rather as the woman behind the man as Alma, Hitchcock’s devoted and incredibly talented wife. 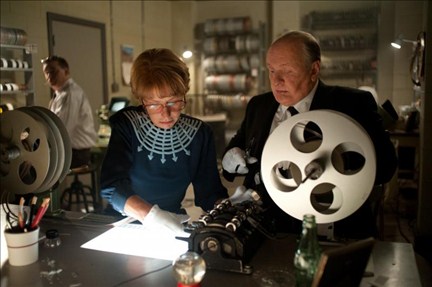 Alma was a brilliant screenwriter, and simply put, “Psycho” could not have been made without her.  The horror film was considered too risky (and risqué) and controversial for the studios to finance, so Hitchcock financed the film himself.  The rest is movie history. 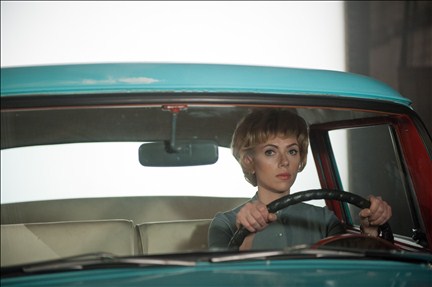 Jessica Biel and Scarlett Johansson are featured as Vera Miles and Janet Leigh, the stars of “Psycho.”  It’s fun watching two of today’s biggest stars embody two stars of another era.  “Hitchcock” is chock full of fun and wicked dialogue.  Example: when asked if Janet Leigh will appear nude in “Psycho,” the director replies that of course not: “She will be wearing a shower cap.”

Reel Mama recommendation: The film is rated PG-13 and does contain mild language, sexuality, some gore (in the context of “Psycho”), and violence in the form of Hitchcock demonstrating how he would like the stabbing to go during the famous shower scene.  Teens who are movie buffs will probably love this movie.