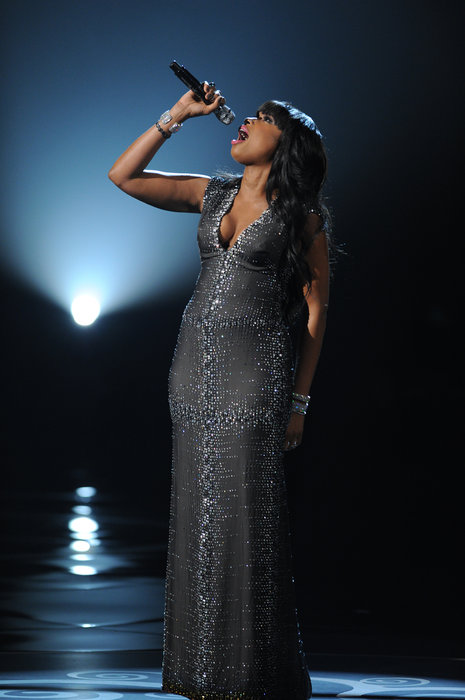 Jennifer Hudson performs “And I Am Telling You” at the Oscars 2013. Photo: Oscars.com

I guess I’m a loner.  A rebel.  Because while all the critics are yawning about last night’s Oscar telecast, I’m reveling in replaying the memories in the corners of my mind.  When the Hollywood divas hit the stage, it became clear that women would rule the night.  Babs: need I say more?  Barbra Streisand made me cry with “The Way We Were,” or should I say moved me to tears, with her heartfelt tribute to her late friend Marvin Hamlish.  We also had Adele, Shirley Bassey singing “Goldfinger,” Jennifer Hudson with her incredible showstopper from “Dream Girls,” and Nora Jones with a sweet little ditty from “Ted.”  It was fabulous.

Anybody who was bored has to be made of stone.  “One Day More” dull?  The Twitter-verse was going nuts.  Did the critics hear the people sing?  They loved it!

Yes, the telecast was on the long side, but it’s inevitable, people.  There is just too much to get done, and even though they’ve moved the technical awards and the lifetime achievement awards to two separate events taking place elsewhere (!), people still need to thank their grandmother, their dog, and everybody else who made their awards possible, living and dead.

The “Jaws” theme was a clever touch in terms of getting the awardees to shorten their speeches, but it could only accomplish so much.  Everybody knows they’re not really going to get eaten by a shark if they go overtime on their acceptance speech.  My one gripe is that I didn’t like it when “Jaws” cut off the “Life of Pi” winners when they began to talk about the current plight of visual effects artists (jobs being exported abroad, companies shuttering, and worse). 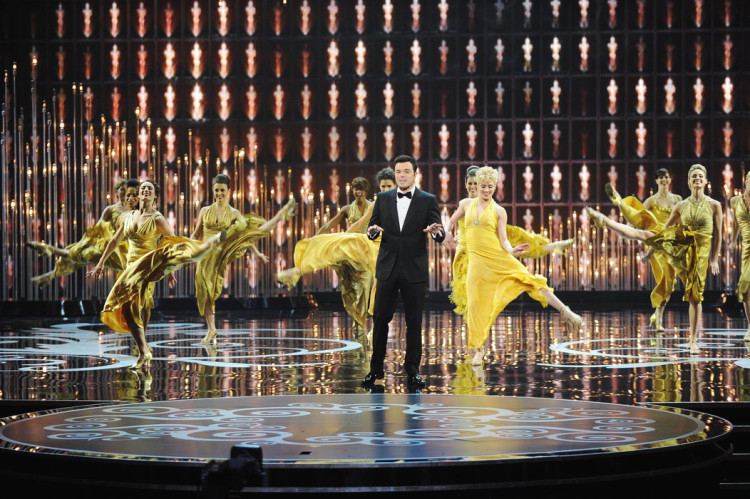 I’m glad that host Seth MacFarlane, creator of “Family Guy,” didn’t aim his humor at the demographic that is never present during the Oscars telecast, but who watch “Family Guy” religiously: teen and twenty-something boys.  Nevertheless, I somehow sensed that Seth MarcFarlane’s sharp wit had softened, either because he was under strict orders to tone it down, or because he was just nervous.  I’m one of those people who shout at the TV when I get angry over the anti-women jokes on “Family Guy.”  Yet even with the most lovable of Hollywood divas Kristin Chenoweth present, Seth’s jokes were far from wicked.  Of course I appreciate it being family friendly–my daughter was watching it with me.  I enjoyed his singing, but I was hoping for a little more pizzazz from Seth as host.

The show was gay enough 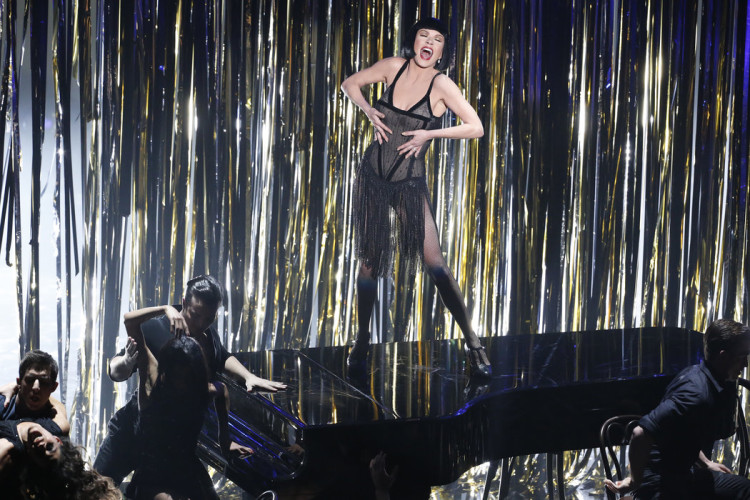 Catherine Zeta Jones brings down the house with “All that Jazz.” Photo: Oscars.com

Seth claimed at one point that “We’re concerned that tonight’s show isn’t gay enough.”  Of course he was being ironic.  The show’s theme was after all Hollywood musicals, which are known for their devoted gay following.  With Hollywood divas Babs, the “Chicago” cast, and even Judy Garland making an “appearance” in the form of the ruby slippers she wore in “Wizard of Oz” exhibited on the red carpet, the show was a celebration of gay all-time favorites.  Even the Gay Men’s Chorus of Los Angeles sang a number.

So in closing, I think all shows should take a cue from Mel Brooks’ musical “The Producers”: “Keep it gay!”

No matter what you do on the stage

Whether it’s murder, mayhem or rage

People want laughter when they see a show

A happy ending will pep up your play…