Home ☢ Adventures in Motherhood ☢ How to pick a baby name…or not! 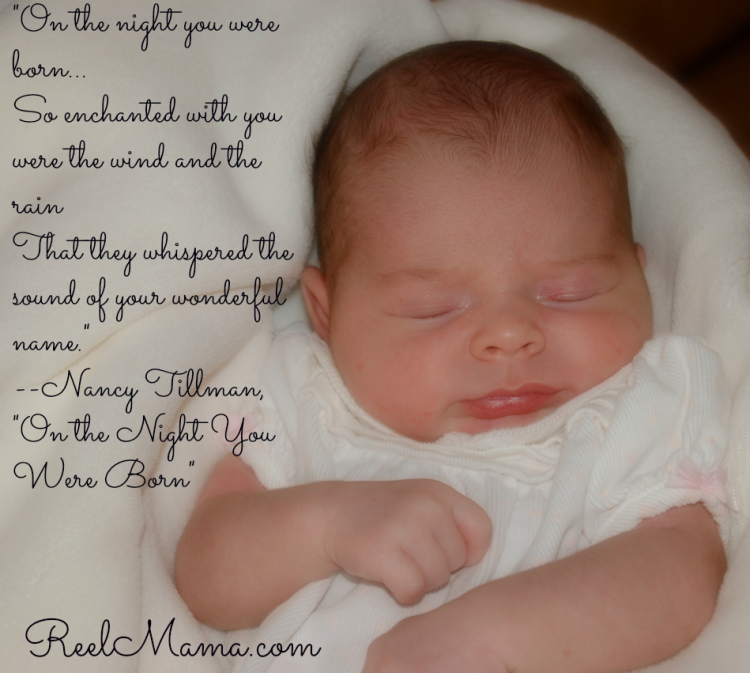 I was at the library looking at the bulletin board full of stars displaying the names of kids who had signed up for the summer reading program. Some interesting names…but the most interesting was Ebeneezer. Yes, someone has named their son “Ebeneezer”…as in, Scrooge? I’m sure these parents love their kids…in their own peculiar way.

The next most interesting name on the board was Townshend, as in Pete Townshend from The Who. Someone loves rock ‘n roll, but maybe not as much as the guy from my old gym who named his kids Axel and Jovi.

But who am I to judge? We gave our daughter an unusual name. We found the name Leilani in a book of new-age baby names. We aren’t Hawaiian, but loved the meaning of the name: “heavenly flower.”  The name has received countless compliments, but definitely has made a few people scratch their heads. It’s certainly been a great way to break the ice at play dates.

These days parents want either traditional names or very cool names that make a statement. Now, I am expecting a boy in November, and so baby names are something of a hot topic at my house. We have easily ruled out florid names from our family trees, particularly on my husband’s side: Polycarpio and Florentino come to mind. My husband also has no interest in our son being named after him (our son would have been Horacio the fourth).

It’s tempting to venture out into unknown territory and really get interesting with the name. I’ve always admired mythology, but somehow Neptune, Zeus and Apollo seem a little…self-important. I’m a lover of cinema, so we could go with something like Bogart, Marlon, Orson, Chaplin, Bing, or Astaire. I like Star Wars…maybe Han, Obi-Wan, Boba Fett, or Mace Windu? Darth is not recommended, but Anakin just broke into the top-1000 most popular baby names in America. Star Trek has some pretty interesting names, the most ordinary being Kirk and Scotty, then there’s Spock, Geordi, Jean-Luc…maybe the most die-hard fan would come up with something in Klingon.

Heck, as far as unusual names go, I think Tarzan has a nice ring to it. It would be fun to yodel it in the classic Tarzan yell.

Of course you want to avoid any names that have a negative connotation to you personally: exes, bullies, even names of people who just rubbed you the wrong way. My daughter refuses to let us pick a name already taken by a kid she knows, even if he’s just an acquaintance.

Overall, you just don’t want to pick a name you’ll regret, like poor Mrs. McCave in Dr. Suess’s poem, “Too Many Daves,” who names all 23 of her sons “Dave”:

Want to see how the popularity of a name has changed over time? Check out this site!

Any advice for me on picking a baby name? What are some interesting names that you like? Let me know in the comments section!