Being a peanut butter lover, my daughter and I decided to do a variation on this recipe and form the big owl eyes with Reese’s peanut butter cups. We didn’t have the whites for eyes, but what we lost in visual appeal we made up for with decadent flavor.  We also chose chocolate fudge cake mix and frosting instead of just regular chocolate.  After eating one of these cupcakes, you’ll honestly feel like you just devoured an entire bag of Halloween candy. 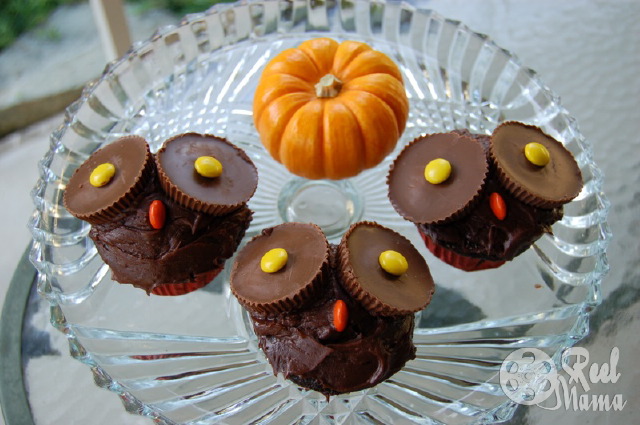 Follow Leilani on her adventure of creating these cupcakes: 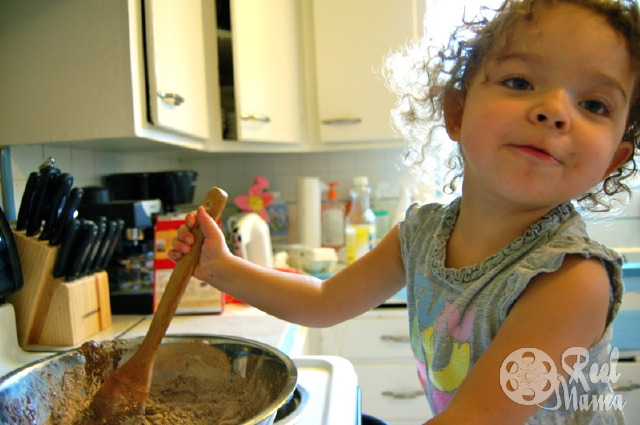 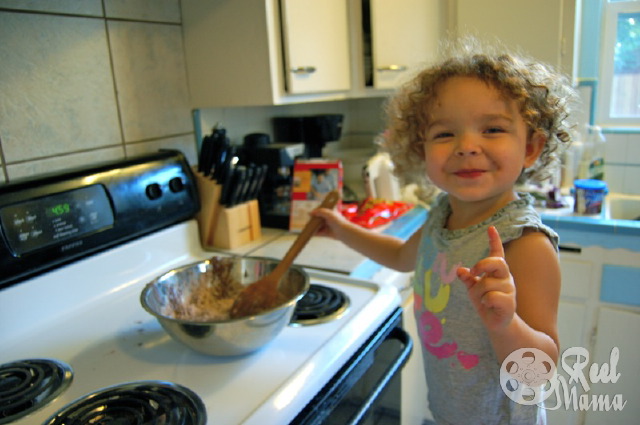 We chose rainbow colored cupcake liners for our creations: 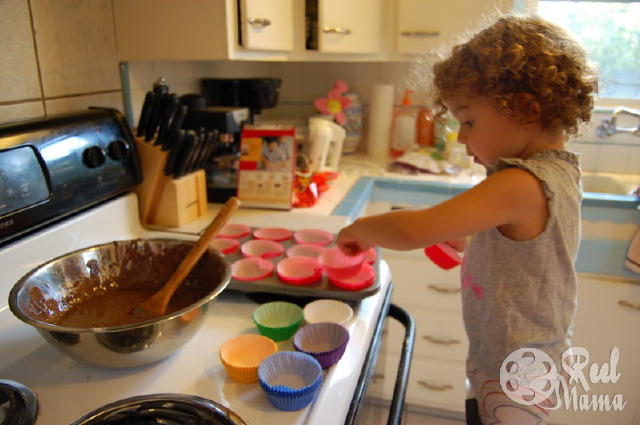 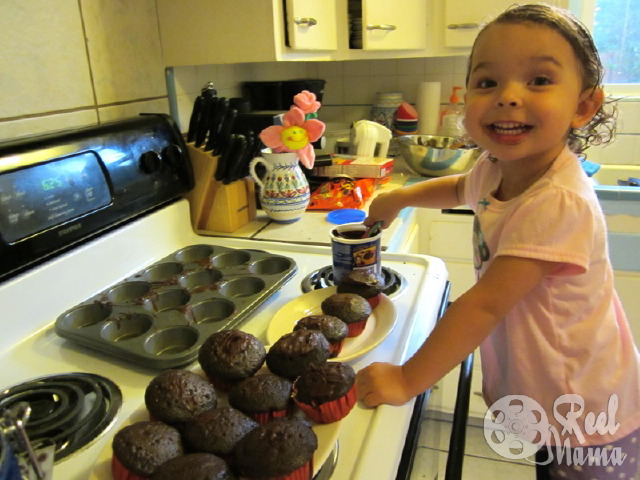 Leilani couldn’t wait to sample a cupcake, even though we hadn’t decorated them yet. She also had to change clothes because while the cupcakes were baking we made mud pies in the backyard. 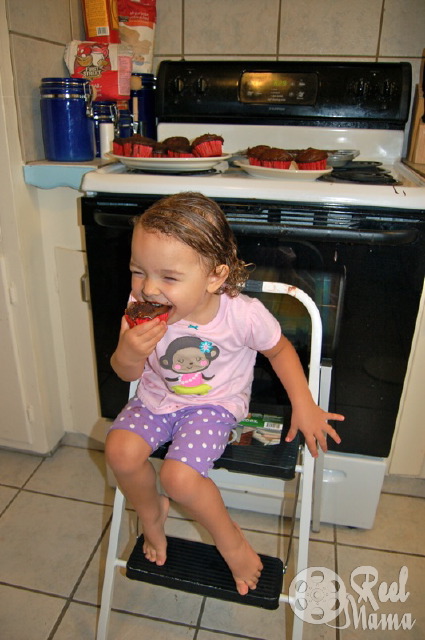 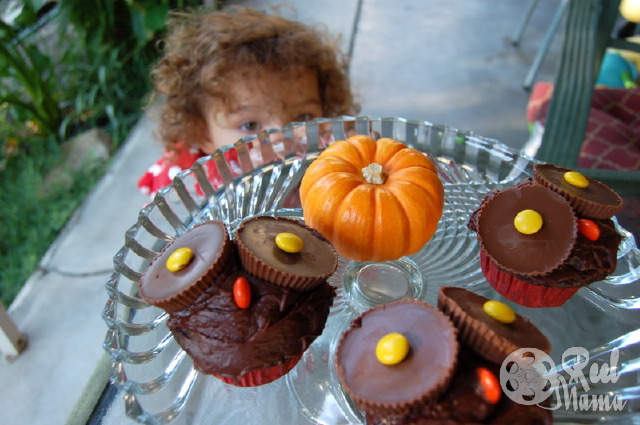 Leilani peeking and sneaking a cupcake 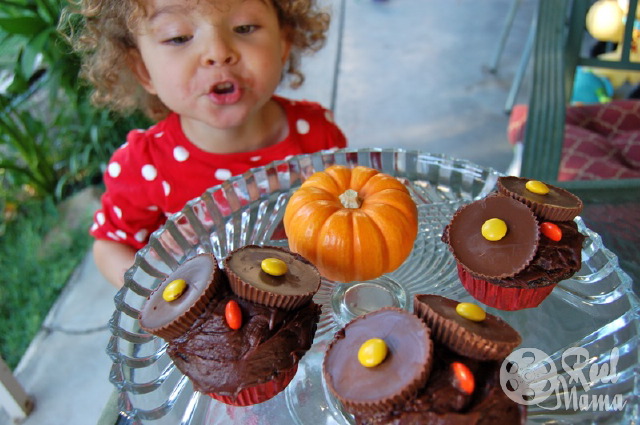