Home ☢ Commentary ☢ Kevin Clash, creator and voice of Elmo, says goodbye to ‘Sesame Street’: A mom reflects on the sad end of an era

It’s hard to find words to express the sadness I feel over what the media has termed “the Elmo sex scandal.”  I never dreamed that such a phrase could be possible.  Kevin Clash, the creator and voice of the beloved character Elmo as we know him today, is leaving “Sesame Street.”

I’m heartbroken.  I feel like crying, and I probably will cry.  This has been keeping me up at night.  The blogosphere has been strangely quiet about it — so much going on with the Thanksgiving and Black Friday whirlwind — but as a mom and a lifelong fan of “Sesame Street,” I need to say something.

So what exactly happened?  I don’t think the public will ever know the full story, and I’m not sure we are entitled to know.  One young man came forward accusing Clash of having a relationship with him when he was sixteen.  Apparently Clash reached a settlement with this young man, who recanted the accusation.  In the meantime, “Sesame Street” placed Clash on disciplinary leave, punitive measures for violating company internet policy.  My heart sank when I heard this.  The public was not informed about what kind of internet violations took place, but the implications are not good.

Now a second young man has come forward, saying not only that Clash had a relationship with him when he was only 15, but, according to his lawyer, Clash is “depraved.”  This just crushes my heart.  I don’t want to believe this.

There is so much that is sad about this.  For starters, Jim Henson’s legacy has been tarnished.  Even if Clash is completely exonerated of the charges, the fact that “Elmo sex scandal” has been bandied about in the media means that our perception of “Sesame Street” will never be the same.

Clash has now resigned.  It wouldn’t be fair to accuse Clash without knowing all the details.  He’s being sued by the second young man, and until the courts reach a verdict, the public and the media should withhold judgement.

This is not about Kevin Clash having come out.  I believe every person is entitled to life, liberty, and the pursuit of happiness, and that celebrities are entitled to their private lives.  I believe in marriage equality.  The alleged issue here, according to the accusers, is that Clash’s chosen partners were minors.  I sincerely hope not.  If he is being wrongly accused, then he’ll successfully be able to clear his name, and the possibility remains that he could return to the entertainment industry to lend his talents to other projects, but sadly his return to “Sesame Street” would be nearly impossible after this debacle.

If the accusations turn out to be true, then Clash would have squandered something so cherished, he would have shattered something deep in the heart of childhood as America knows it today.  It’s a nightmare I never would have thought possible.

In my heart of hearts I want Kevin Clash to be exonerated, and yet I just can’t shake this feeling of betrayal, because I put my trust in Elmo and all that he stands for.  Elmo stands for love, and I love Elmo, and I don’t want that to go away.

As a mom I can tell you what Elmo has meant to my daughter.  When she was 18 months old, I wrote a piece called “The El-Mama” because at night from her crib, and any time she wanted me, my daughter would call not only for me, but for Elmo, to the point where she conflated our names.  Elmo is profoundly comforting to babies and toddlers around the world, and so beloved by them because he speaks their language.  Elmo is love, Elmo is innocence, trust, everything that is good.

Now that has been taken away, cruelly snatched away: not from the kids, because the little ones aren’t going to know the difference between Clash and the next person to fill Elmo’s role, but for the parents, because we know what Elmo meant to us, and that is never going to be the same again regardless of this sad situation’s outcome.

“Sesame Street” will go on.  I was reminded of this watching the Macy’s Thanksgiving Day parade.  The cast together sang “What I Am,” which is Will.I.Am’s original composition for “Sesame Street.”  That song was Elmo’s song, yet saying that Elmo took a back seat in the performance would be an understatement.  Elmo was almost impossible to spot on the parade float.

I have a feeling that’s going to happen on the show as well.  The show will likely take a new creative direction, and Elmo will probably take on a progressively smaller role as other characters receive more attention in the story lines.  I’m pretty sure “Elmo’s World,” the “Sesame Street” segment starring Elmo, will be out of the picture in a few seasons if not sooner.

These are not sunny days, and everything is not A-OKAY.

This really breaks my heart. 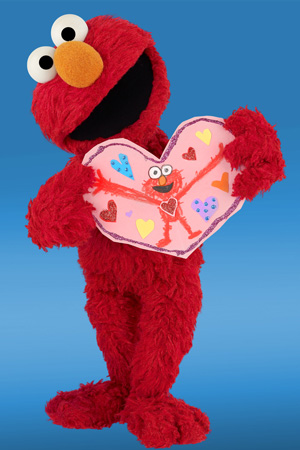 For my review of  “Being Elmo,” the wonderful documentary about Kevin Clash’s creation of Elmo that is still an excellent production about how the character came to life, click here. 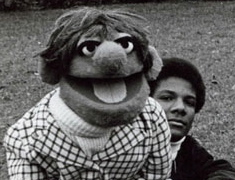