This year is already promising to be a great year for kids’ and family movies heading to the big screen. Be sure to bookmark this page as I will be updating my kids movies 2019 preview periodically throughout the year!

Of course we have numerous sequels (The Lego Movie 2, The Secret Life of Pets 2, Frozen 2, etc.) and reboots (in this case live action versions of Disney films such as Aladdin, The Lion King, and Dumbo, with Mulan planned for next year). But we also have some fun originals like The Kid Who Would Be King and Wonder Park. So without further ado, here is my list of kids movies 2019!

The most anticipated kids movies 2019

The Kid Who Would Be King

I love the message of this movie: kids can do anything! In this case, one boy can be the one who pulls Excalibur from the stone and teams up with Merlin to save the world. In the tradition of Harry Potter. This is a really great movie—check it out while it’s in theaters! You can read my full review here.

The Lego Movie 2: The Second Part

It looks like things are anything BUT awesome in Bricksburg. For Lucy coffee is “the bitter liquid that provides the only semblance of pleasure in these dark times.” Wow, what happened? Well, things are about to get worse, because Bricksburg is about to get invaded—bummer. Time to Lego up! Full review here.

How To Train Your Dragon: The Hidden World

Hiccup, Astrid, Toothless the dragon and their friends are back for another adventure. Fourth installments in a franchise can be hit or miss, but the filmmakers for this one have latched on some new story elements. First, it looks like Toothless the dragon might fall in love. Secondly, the gang has to discover a mystical dragon world in order to save their own. Full review here.

What happens when kids outgrow their favorite childhood pursuits? Maybe they get discouraged, or it isn’t “cool” anymore. June dreams of designing her own amusement park, but then she gets older and leaves the dream behind. Little does she know, that the park of her imagination really exists! Full review here.

Nancy Drew and the Hidden Staircase

In a limited release executive produced by Ellen Degeneres, Nancy Drew and the Hidden Staircase is a brand new take on Nancy Drew as a skateboarding tomboy. She also has a penchant for getting in trouble with the law. However, in 2019 she still has her sharp eye for detail and gift for solving difficult mysteries that stump the adults in her small-town home of River Heights. Great for ages nine to 12.

In the tradition of The Fault in Our Stars, this teen romance has a unique twist: two cystic fibrosis patients fall in love. But to stay healthy, Stella and Will have to maintain a safe distance…five feet apart. Humor, heart, tears…bring your tissues.

Director of Beatlejuice and The Nightmare Before Christmas Tim Burton helms this live action update of the 1941 animated Disney classic Dumbo. The plot is pretty slim in the original, so some significant story elements have been added to flesh out the story. New characters are on the scene, including children Milly and Joe, who take care of Dumbo, and Michael Keaton’s showman V.A. Vandevere, who wants to take advantage of Dumbo’s incredible talent to soar. In Burton’s hands this promises to be visually amazing and just a bit creepy with some dark elements.

The Laika studio is back with another handmade production, and Missing Link makes it look like their painstaking animation techniques are even more refined. A sasquatch-like fellow named Mr. Link decides that is tired of living alone in the woods. He reveals himself to a British explorer in the hopes of finding others like himself. Mr. Link’s search takes him around the world. Will he find his family?

Ugly Dolls has a great message: basically, don’t be afraid to be different, love yourself for who you are, and let your freak flag fly. In today’s ago of cyberbullying, it’s a message that’s important for kids to hear. The fact that Kelly Clarkson stars as the voice of Moxy is just icing on the cake.

DisneyNature celebrates Earth Day annually with the release of a new kid-friendly documentary. Unfortunately, last year’s film Dolphins was pulled from theaters with no explanation given. Penguins seems like it’s sure to hit theaters. The film follows a penguin named Steve, who’s hoping to find a life partner and start his family. Predators abound on his Antarctic journey, but since it’s Disney, we’re guaranteed a happy ending. DisneyNature documentaries are G-rated, and the same folks who directed Bears and Chimpanzee made this film.

Pokémon video games are insanely successful, and Hollywood isn’t going to look the other way. There have been lots of animated Pokémon movies already, so Hollywood felt compelled to come up with something else, a live-action buddy movie. In this case 21-year-old Tim needs help tracking down his missing father. Enter Detective Pikachu, which the film’s website describes as “hilariously wisecracking” and “adorable.” We’ve seen this formula before with mixed results.

Aladdin promises to be a fast-paced live action update of the 1992 animated original. Directed by action director Guy Ritchie, part of the movie was filmed on location in Jordan. It sounds like it’s going to be visually stunning. Will Smith is the genie. While no one could ever replace Robin Williams‘ priceless performance as the original genie, it will be nice to see Smith back in a comedy role bringing on his usual finesse.

The Secret Life of Pets 2

What do our pets do when we leave home for the day? More shenanigan from Max the Dog, Snowball the Bunny, and Chloe the cat. We don’t know a whole lot about the plot, but Max definitely has to make a dreaded trip to the vet—poor guy!

Something’s telling me Toy Story 4 is going to be a tearjerker. Maybe it’s the posters with the dingy backgrounds, or the fact that Tom Hanks has admitted that he had to turn his back to the crew when it came time to record the ending. “The emotional range of the movies has become more and more deep and profound and affecting,” he told the BBC. Could this be the end of Woody or Buzz? Get your tissues ready.

The character-generated (CG) animation is so seamless, I can’t help but marvel at its perfection. It seems that this live-action update of Disney’s The Lion King will follow the story quite closely. Again, the words “visually stunning” come to mind. High-powered talent fueling this production are Beyoncé as Nala, Seth Rogan bringing the comedy as Pumbaa, and James Earl Jones reprising his role as Mufasa.

What are they going to do to Dora??? Dora goes to high school (sound of me smacking my forehead)—oh no! Hollywood is notorious for putting an edgy twist on children’s classics: witness The Smurfs and last year’s Peter Rabbit. This is live action and features Boots the monkey, so it will be interesting to see how they pull that off. James Bobin who directed the live-action The Muppets is helming this, so that does give me hope. 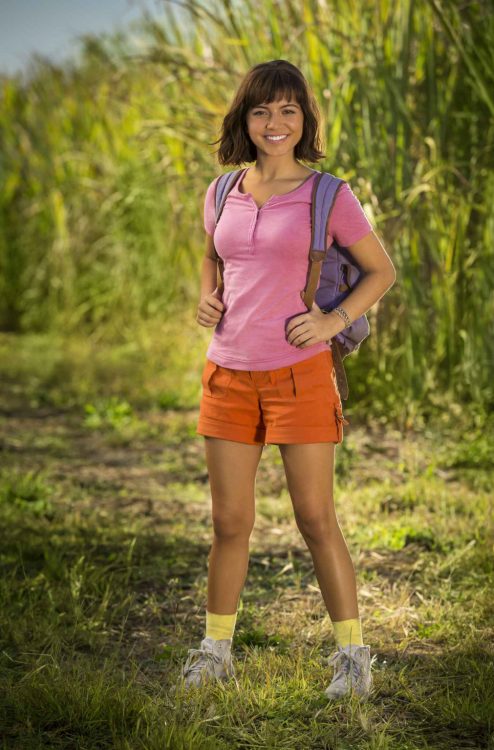 Wow wow wow, how excited are kids for this one, not to mention millions of adults who never grew up. Disney is super tightlipped about this. What we do know is that most of the cast and the original directors are back. Some exciting new talent has been attached as well, including the writer of Hidden Figures, Allison Schroeder. Magic!

No release date on this one yet, but Shaun the Sheep is back in an adventure that includes crop circles and alien abduction (I’m in!). Gentle and sweet, Shaun the Sheep doesn’t have any actual dialogue, and it works beautifully. Should be fine for preschool and up.

Pin the image to come back and return for updates, which I will be doing throughout the year! 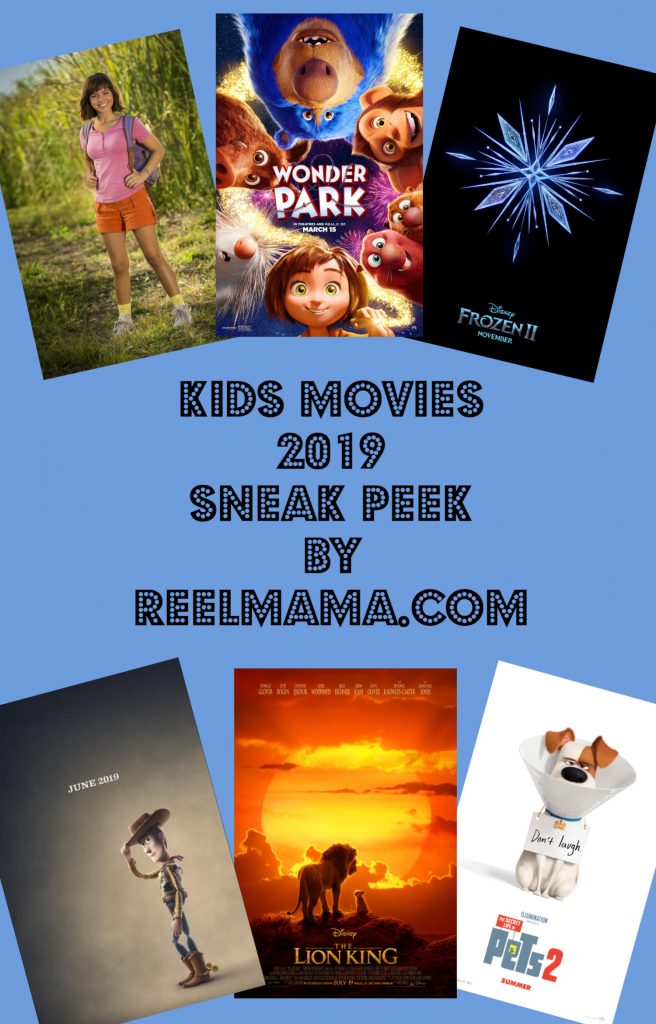