Home ☢ Disney Movies ☢ Why I love the Muppets ~ Muppets Most Wanted Blu Ray review and trailers!

Why I Love the Muppets 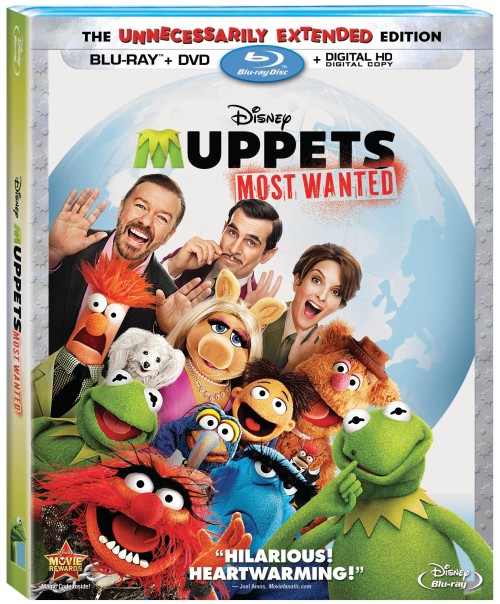 I am not going to lie. I am a die-hard fan of the Muppets. I don’t care if I’m showing my age, I have been with the Muppets since the beginning. I watched The Muppet Show weekly with my family, and it was always the highlight of my week. I came to love the Muppets so much that I felt like they were a member of my family.

Kermit’s insecurities as the Muppets get out of control, Miss Piggy’s ego as she never quite gets what she wants, Gonzo’s outrageous performances and Fozzie’s flat jokes — all these endearing quirks made us love them.

I’m not the only one who feels this way. The Muppets have endured as my generation grew up and had kids of their own getting to know the Muppets. How? Through sequels, of course!

But everybody knows the sequel’s never quite as good. Right? For the most part, yes, but the Muppets are a notable exception.  The Muppets themselves admit in their song “We’re Doing a Sequel,” from the latest in the franchise, Muppets Most Wanted, that we’ve already reached sequel number eight. Luckily, watching the Muppets…again…is never painful. It’s always fresh, a little tongue in cheek, and yet our favorite characters always remain true to themselves.

And that’s why I love the Muppets.

For a full review of the Muppets Most Wanted movie, click here.

Muppets Most Wanted features some extra goodies on Blu Ray. Want to see Kermit flub a scene? watch “The Longer Longest Blooper Reel in Muppets History.” Want to check out a version of the movie with deleted scenes? Watch “The Unnecessarily Extended Cut” (an extra 12 minutes!) Love the biting sarcasm of Statler & Waldorf? Watch their cut of the movie.

If anything, I wish there were more bonus features on this Blu-Ray in the form of featurettes, including a “Making Of.”  I would love to see how the puppeteers work their magic behind the scenes, and that wouldn’t spoil any of the magic for me.

Overall, Muppets Most Wanted wanted is a fun and funny choice for your family movie night starring the lovable Muppets, Ricky Gervais, Ty Burrell, Tina Fey, and a host of celebrities in cameos.

Don’t forget that your digital copy can be used as a part of Disney Movies Anywhere to enjoy on the go from any device!