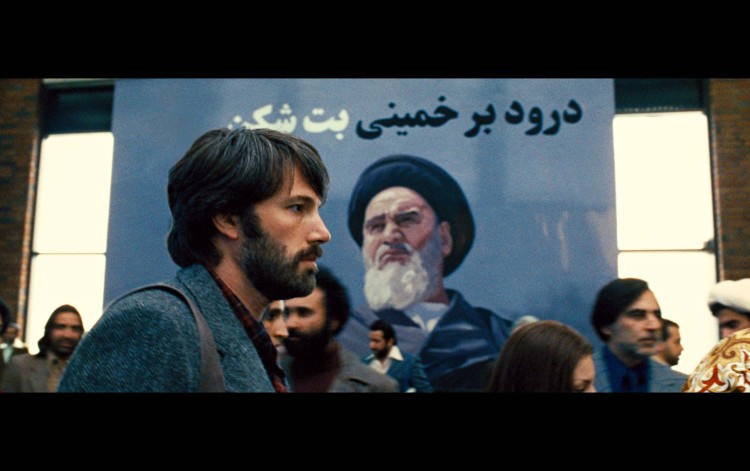 Out of an impressive crop of films this year, why did “Argo,” directed by Ben Affleck, win Best Picture and Best Director this year at the Golden Globes, Best Ensemble Cast at the Screen Actors Guild, Best Picture at the Producers Guild of America, not to mention the Critics’ Choice Award for Best Picture?

“Argo” tells the true story of a hostage rescue mission during the Iran hostage crisis in 1979.  It was carried out right under the noses of the Iranian religious authorities when an audacious CIA agent (Affleck of course) posed as a Hollywood investor looking to shoot a movie in Iran.

I have a few thoughts on why Hollywood’s elite is loving “Argo”:

–It’s a very strong film.  “Argo” is based on true events, and it plays out like a cerebral Hollywood suspense thriller that also happens to be entertaining.  Awards shows love these when they are well done.  Previous examples would be “Michael Clayton” from 2007 (6 Oscar nominations and one win for Best Supporting Actress) and “The Usual Suspects” from 1995 (Best Original Screenplay and Supporting Actor Oscar wins).

–Ben Affleck represents the next generation of Hollywood storytellers.  Everyone was expecting Steven Spielberg’s name to be called at the Golden Globes for Best Director, and it probably will be at the Oscars where Affleck wasn’t even nominated for directing, but Spielberg has received no shortage of accolades.  Affleck has built up an impressive body of work, and he’s going to be one of the innovative and thoughtful storytellers of important films in the coming decades.  Interestingly, Steven Spielberg himself had a tough time at a young age getting taken seriously by awards shows and organizations like the Academy, probably because he began his career directing Hollywood blockbusters like “Jaws.”

–Writer-director-producer-stars, those quadruple-threat filmmakers who wear many hats, are often recognized and appreciated at awards shows.  Examples would include George Clooney (one of the other producers of “Argo”), Woody Allen, Kenneth Branaugh, and Kevin Costner.  (Of course Woody Allen qualifies for a fifth hat as the only heartthrob in the group.) Ben Affleck made pulling off all those different functions seem effortless with “Argo” (though he’s a gifted screenwriter, he didn’t write “Argo” this time around–it was Chis Terrio).  It impresses the heck out of even the most seasoned Hollywood veterans, like the Producers Guild producers who selected “Argo” as Best Picture.

–“Argo” is a movie about Hollywood in a sense, and voters at both the Oscars and Globes love movies that portray some aspect of the industry when it’s done well.  As an example, Robert Altman’s “The Player” from 1992 picked up a Best Picture Musical or Comedy Golden Globe.  In “Argo,” John Goodman stars as a legendary sci-fi makeup artist and Alan Arkin as a Hollywood heavyweight who makes a career out of accepting lifetime achievement awards.

Ben Affleck and Matt Damon originally received an Oscar for the screenplay for “Good Will Hunting” in 1997.  Since then Ben Affleck has proven that he’s capable of delivering time and again.  He’s a survivor, and he’s really coming into his own.  And Hollywood loves that.