Before Merida of Brave, but after Little Orphan Annie, there was another very important beloved redhead of page and screen who has had a profound worldwide cultural influence: Pippi Longstocking.

Instantly recognizable for her long horizontal braids and mismatched long stockings, nine-year-old Pippi is fiercely independent, rebellious, spunky, and lovable.  Parents of the X Generation, including myself, will recall watching the Pippi films broadcast as after school specials.  The most popular and widely seen Pippi Longstocking film may actually be a compilation of a Swedish television series from 1969, but the film version’s narrative is seamless if non-linear.  The Swedish episodes themselves were shown in the U.S. in the 1970s and 1980s.

The fact that dubbed Swedish shows could hold our attention at the time as easily as Scooby Doo and Wonder Woman reruns speaks volumes.  The films are entertaining, and the character of Pippi is mesmerizing, especially for young girls.  Astrid Lindgren, a celebrated icon of Swedish literature, film, and culture, created the character, first in books, and then in the film’s screenplay. 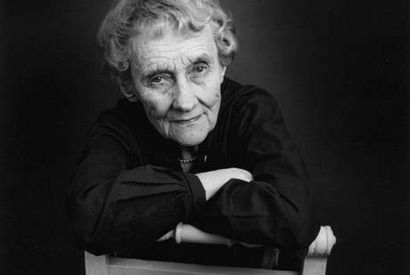 It was fascinating to revisit Pippi Longstocking with my two-year-old daughter, both to see how the film would hold up for me years later, and how my daughter would react to it.  In the film, Pippi Longstocking (Inger Nilsson) rides into town on a spotted horse and a monkey on her shoulder.  Much to the delight of two neighborhood children, Annika (Maria Persson) and Thomas (Par Sundberg), Pippi takes up residence at a colorful Victorian home she calls Villa Villakulla.  Possessing superhuman strength enough to lift her horse and guts enough to take on bullies and bad guys, Pippi leads her new friends on a series of unforgettable adventures.

Along the way she displays amazing generosity with the village’s children, stands up for a boy who gets picked on, and revels in nature and her own eccentric originality.  Oozing charisma, she is never without her infectious smile.

For me Pippi’s positive qualities outweigh her negative:  originality, courage, big imagination, incredible self-confidence, tough as nails (and she even eats them).  Pippi has actually been credited with giving a serious boost to the women’s lib movement.  She is financially independent (with her own bag full of gold coins), takes care of herself, makes her own decisions, and is not afraid to stand up for herself.  Not bad qualities to encourage in our daughters.

Pippi’s negative qualities: she has a mouth on her and is constantly defying authority; she’s rude with horrible table manners, and pretty thoughtless about the destruction of property, even her own (though she at least does offer to pay for the damage she inflicts with her gold coins).  She even picks her nose.

To put it in perspective, children understand that Pippi’s behavior is outrageous and unacceptable.  That’s what makes it so funny.  She is living out their fantasy not to have to be told what to do, to live by their own rules and flout the rules of society at every opportunity. What kid wouldn’t love to pick her nose in public with no consequences? There’s a long tradition of children defying authority in children’s literature and film, including the classics Pinocchio and The Wizard of Oz.

Pippi outsmarts the bumbling, incompetent adults who long to clip her wings or rob her blind, and as an adult I was rooting for her against reason.  I would say that “Pippi Longstocking” is the original Home Alone, and she herself is probably influenced by Peter Pan in terms of her liberation from adults.

I’m going to be totally honest.  The film feels very dated, and this might be an obstacle for older children and adults who are accustomed to current films with spectacular production values like Brave and other Disney films.  Even cartoons produced for toddlers like Dora have a more polished look than Pippi.

Another obstacle is the fact that the film is dubbed, so many of the natural surrounding sound effects are absent, and there’s a canned sound to the entire film, especially the dialogue.  That is often a problem with dubbed films, where the sound is recorded separately in a studio and used instead of the originally recorded sound.  The actors’ moving lips also don’t match the spoken words perfectly.

Yet for parents wishing to take a trip down memory lane, this film is a lot of fun to revisit.  For girls, especially 2 to 8, Pippi Longstocking is a wonderful change of pace from Disney princesses and Dora, but the film is not girly and is entertaining for both girls and boys (and prominently features the little boy Thomas in all the adventures). The weird, dated look is unlikely to bother them.  It certainly didn’t bother my daughter, who is now calling herself Pippi.

Reel Mama’s Rating: The film is G-rated and appropriate for all ages.   Language includes “darn” and “pain in the neck”–about as offensive as Sesame Street.  Other things parents might want to consider are the cultural and historical differences portrayed in the film.  Spankings are mentioned, though not shown as punishment (my understanding is that Lindgren was against corporal punishment).  One bully says, “I’m about to beat you!” Pippi gives him his due, but would never hurt him.  One character mentions that another has been “at the bottle” after claiming to have seen Pippi on a church steeple.

Note: Netflix has eight Pippi Longstocking selections on DVD, including the 1969 film I just reviewed and three others starring Inger Nilsson.  These same four DVDs are also available in a collection set. 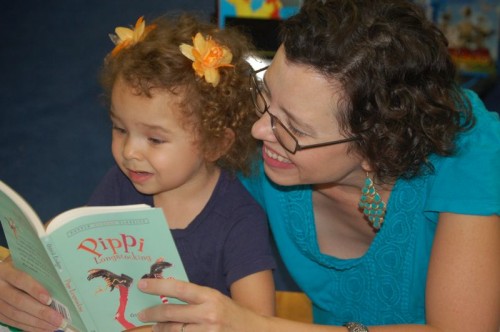 After you are done watching the movie, why not head with your kids to your library or local independent bookseller (they need your business!) and grab a copy of the many “Pippi Longstocking” books available?