Remember the fun days of playdough?

Remember the thrilling feel of playdough oozing through your fingers? It’s one of the favorite tactile memories of childhood. Who could forget the unique smell and the electric colors that came in a cardboard can? It’s comforting to know that it hasn’t changed.

But there’s something special about homemade playdough — the kind you want to eat (but shouldn’t)! It’s so easy to make at home.  It’s fall, and with the start of September, everyone is ready for our favorite flavors: pumpkin and cinnamon. So why not turn the national obsession with these flavors into something your kids can squeeze between their fingers: pumpkin playdough and cinnamon playdough? 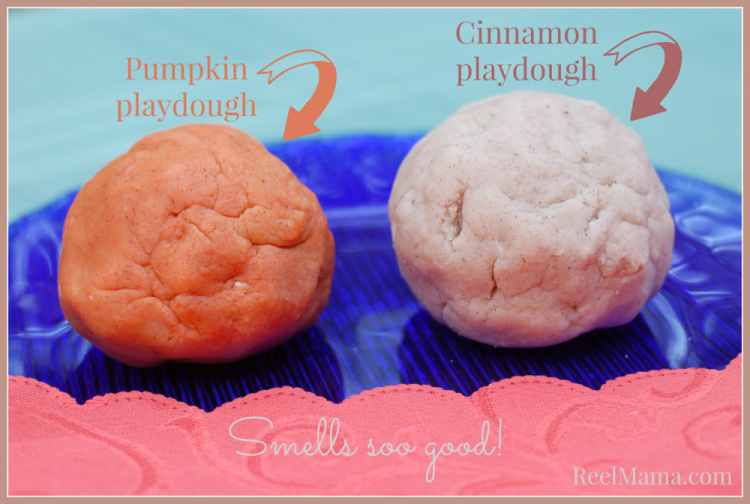 Cinnamon and pumpkin playdough recipe ~ a “feast” for the nose!

Rachelle of Tinkerlab came up with a fantastic cooked pumpkin pie playdough recipe, and so my daughter and I decided to give it a try. We cut the recipe in half, which still produces more than enough for hours of entertainment.

First, here are the ingredients that you’ll need (plus water). Kimberly of Natural Beach Living suggests using coconut oil.  I ended up using vegetable oil–the choice is yours. 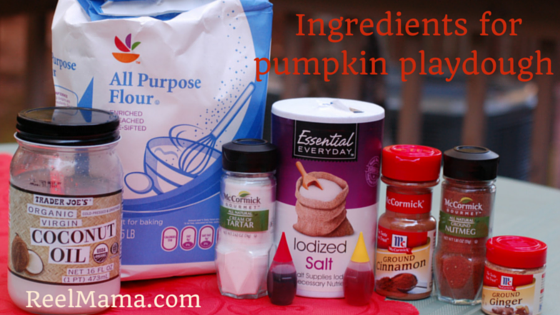 You can always opt to add just pumpkin pie spices or just cinnamon depending on the fragrance you want. 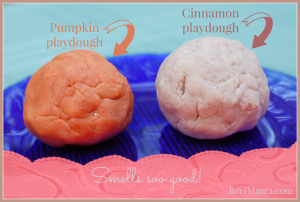 Print
Prep time
20 mins
Cook time
5 mins
Total time
25 mins
This playdough recipe smells good enough to eat (though don't let your kids do that!) We enjoyed trying out the Tinkerlab pumpkin playdough recipe, which we cut in half as follows. Your kids will love squeezing and playing with this, and most of all, they will love making it!
Author: Reel Mama experimenting with Rachelle's Tinkerlab recipe
Recipe type: playdough
Ingredients
Instructions
Wordpress Recipe Plugin by EasyRecipe
3.4.3177
Here are some visual tips for cooking the pumpkin playdough:

The benefits of playdough for your kids

Playdough is fantastic for sensory play and developing fine motor skills. It fosters real-world creativity you just can’t get on the iPad. 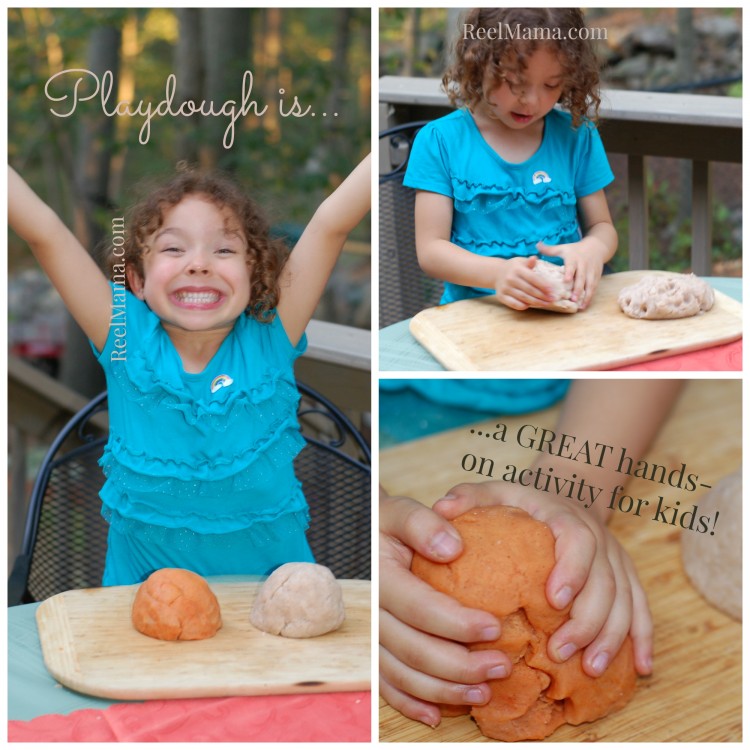 Have you made playdough before? What flavors do you like? What do your kids enjoy making out of playdough? Share it in the comments section!