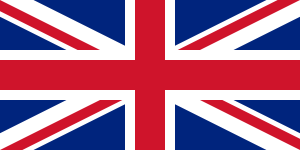 What William and Kate will name their baby has been the subject of endless speculation.  Royal baby name predictions have veered wildly between the safe and the downright bizarre.

In the safe territory, we have Diana, the name predicted if it’s a girl by 32.6% of the vote in an informal poll the very British Tetley tea conducted on their Facebook page.  The name would be a beautiful homage to William’s beloved late mother.  If only Diana were here to witness the birth of her first grandchild, who will be third in line to the throne. 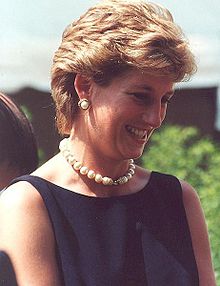 If it’s a boy, then Philip and James are favorites, receiving 33.1% and 32.2% percent of the vote respectively.  James is Kate’s brother’s name, and an overwhelmingly popular name with British citizens.  Philip is the baby’s great grandfather, Queen Elizabeth’s husband, so again, the name would be honoring family. 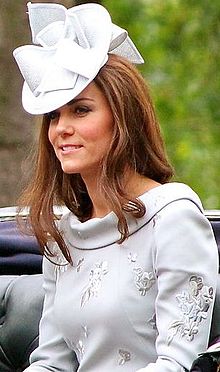 Catherine, Duchess of Cambridge. Photo: Wikipedia
“Princess” Kate is a positive role model for girls to look up to.

The royals aren’t generally known for breaking with tradition.  Kate and William will be the most modern royals yet, and have promised to take a hands-on approach to parenting, even changing the diapers themselves.  Nevertheless, Kate and William will probably not go with a name like Tiara, which is rapidly gaining popularity among little “princesses” in the US, or Elvis, a name UK bookies are betting on, albeit an extremely long shot.

Now it’s your turn for royal baby name predictions: what do you think the name will be? Leave a comment below!