My daughter and I have a tradition. Every year, she gets to pick out my Halloween costume. This year, she wanted Dorothy. I was fine with it. Since she is only four, to her my age doesn’t matter when I’m wearing these costumes. To her, with her big imagination, I am convincing as Dorothy, regardless of the reality, which is that I could be Dorothy’s mom.  Yet once I had made the commitment to be Dorothy, there was no going back. We rushed to the costume shop in anticipation and let the owner know our plans.

And he pulled out a costumed that was, in a word, wildly inappropriate. For my daughter’s preschool, at least. Cue needle ripping across old LP. 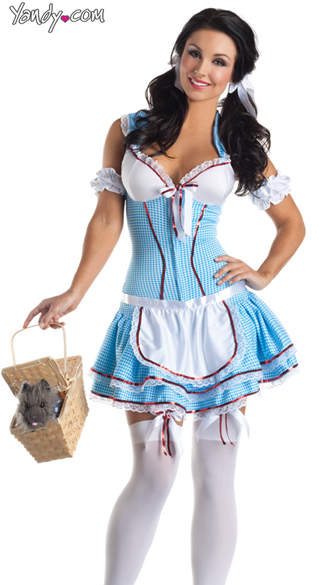 I would have to keep on searching for my Dorothy costume.

I’ll admit that sexy Halloween costumes are fun, but unfortunately they just won’t work for the circles I travel in. 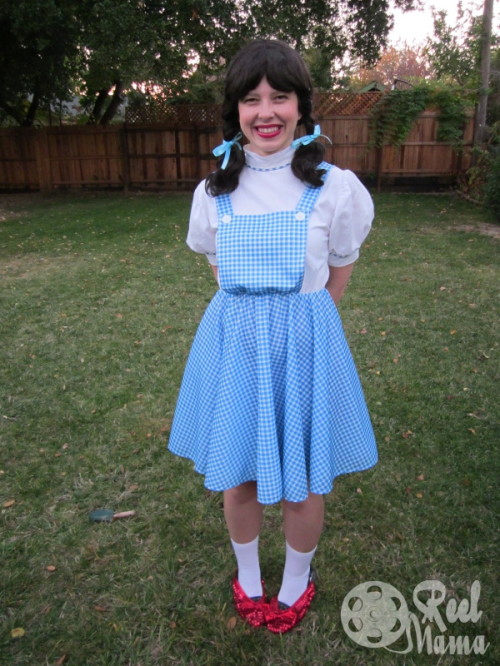 The wholesome Dorothy costume I ended up with.

It got me to thinking though. Sexy Halloween costumes are in, and some people don’t care if they are appropriate for their chosen milieu. In fact, they may not care if they are wildly inappropriate. Case in point, the student I saw leaving high school dressed as the Playboy Bunny in cutoffs so short they were, how should I put this, more than a little cheeky.

Most controversial Halloween costumes of 2013

Then there is the trend to dress children in the most disturbing and shocking Halloween costumes, as this slide show I found on Perez Hilton’s site will attest. Yes, that child you see is wearing a life size Trojan prophylactics package as his costume, and that other one is dressed as a pack of Marlborough cigarettes (his dad is a bottle of Jack Daniels). DOUBLE CRINGE!

There is the mom who dressed her child as a member of the KKK in Virginia…I can’t even believe that’s a real thing. Not to mention the girls dressed as the burning twin towers who won a costume contest in the UK.

Egad! I shudder to think what’s in store for us next year.

Now it’s your turn. Did you see any shocking Halloween costumes this year made you raise an eyebrow or do a double take?