Home ☢ Commentary ☢ Teaching with movies: Can contempt be animated?

I am delighted to bring you a fascinating post by award-winning filmmaker Ken Kimmelman. Ken’s articulate exploration of the concept of contempt in animated films shows what an impact movies can have as a teaching tool, especially for children. Ken brings insight into his delightful short film “Brushstrokes” and how his audience of children can take away valuable lessons about treating others with kindness. Ken proves that teaching with movies is very powerful indeed.

Can contempt be animated?

Can contempt be animated?  Yes it can!  Film animation artists since 1909, when Gertie the Dinosaur defiantly turned her back to the audiences, have been interested in animating the contempt people have for the world. And when animation is successful, it gives form to contempt as a means of opposing it.

I began to learn this in my study of the education Aesthetic Realism, founded by the American poet and critic, Eli Siegel. He showed me that I wanted to give artistic form to something I disliked myself for very much—the way I could mock and make fun of things. That form is in this great Aesthetic Realism principle: “All beauty is a making one of opposites, and the making one of opposites is what we are going after in ourselves.”

With one part of me I wanted to make films that had beauty, but with the other, I thought the more ridiculous and silly I could make things look, the more profound I’d be.  This was definitely contempt, the thing that takes the possibly beautiful and makes it ugly; and also exploits the ugly for the glory of oneself.  But the purpose of art, which Aesthetic Realism shows corresponds to our deepest desire, takes the pretenses, hypocrisies and cruelties, and shows they can be used in behalf of beauty, good sense, and like of the world.

That was my purpose in 1989, when the United Nations commissioned me to make a short film for children against prejudice, with the proviso that there be no particular spoken language because it was going to be shown all over the world, and that I also not use any colors that would imply a particular race of people.

I came to the idea of an artist’s canvas being painted with different colors and shapes as the characters who, instead of speaking to each other, express themselves through motions, sounds, and music.  Brushstrokes is one of the films I show to children in the presentations I give, titled “Prejudice Changes to Kindness: Aesthetic Realism Shows How!” in schools, and libraries.  A large value of the film is that, through humor, it gives form to, makes outward, the ugliness and hurtfulness of the contempt, which I learned, is the cause of prejudice, as it also shows the utter ridiculousness of it.

It moves me every time to see how much children are interested in ethics.  When they see contempt acted out on a big screen, they show how much they dislike it and want to be against it. The main character in the film, the prejudiced green brushstroke, sees anything that is different from him–a color, a shape, even sounds–as against him, to be disdained and dismissed.  And what he cares for are things that are like him–other green brushstrokes.

I’ve asked the children, “Do you think the green brushstroke is smart, cool?” “No!” they shout back, “He was mean and stupid!”  I’ve also asked, “Do you have anything like the green brushstroke in you?  Can you think you’re bigger by making something else smaller?  When you say ‘pooh!’ to something, do you feel like a big shot?”  “Yes,” a boy answered. “What do you think of yourself?” He said, ‘I feel bad.” I asked, “What kind of world would it be if it was made of only green brushstrokes?” They yell, “Bo-o-o-ring!”  “Is the world more beautiful and exciting having many different colors and shapes?”  “Yes!” they answer. “And do the colors and shapes add to each other? And is that how you want to see other people–as adding to you?”  “Yes!” they eagerly shout out. 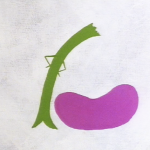 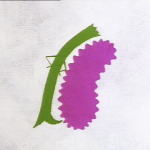 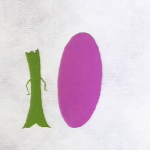 The purpose of animation is to bring objects to life, to give them anima–to have people feel the charm, the wonder of reality. That contempt can be animated, criticized, and changed into useful form–the meaning of this for the world and every person’s life is truly great!

KEN KIMMELMAN is an award-winning filmmaker and consultant on the faculty of the Aesthetic Realism Foundation in New York City. He received a 1997 Emmy Award for his work on Sesame Street, and an Emmy for his anti-prejudice PSA, The Heart Knows Better. He produced films for the United Nations against apartheid, and prejudice. He was also nominated for an Emmy in 1992 & 1993 as a director on the animated TV show Doug. He teaches the class, “If It Moves It Can Move You”: Opposites in the Cinema, at the Aesthetic Realism Foundation.