Disclosure: This post contains Amazon affiliate links. Not only will they help you locate the best snow day movies to enjoy with your kids, but they help support this site to help bring you more movie lists like this!

The East Coast is getting dumped on with 30 inches of snow. For parents, this can mean big headaches, but for kids it means one thing: SNOW DAY! And what better way to spend it than with a movie marathon? So light that fire and grab those steaming mugs of hot cocoa, here are the best snow day movies for kids! 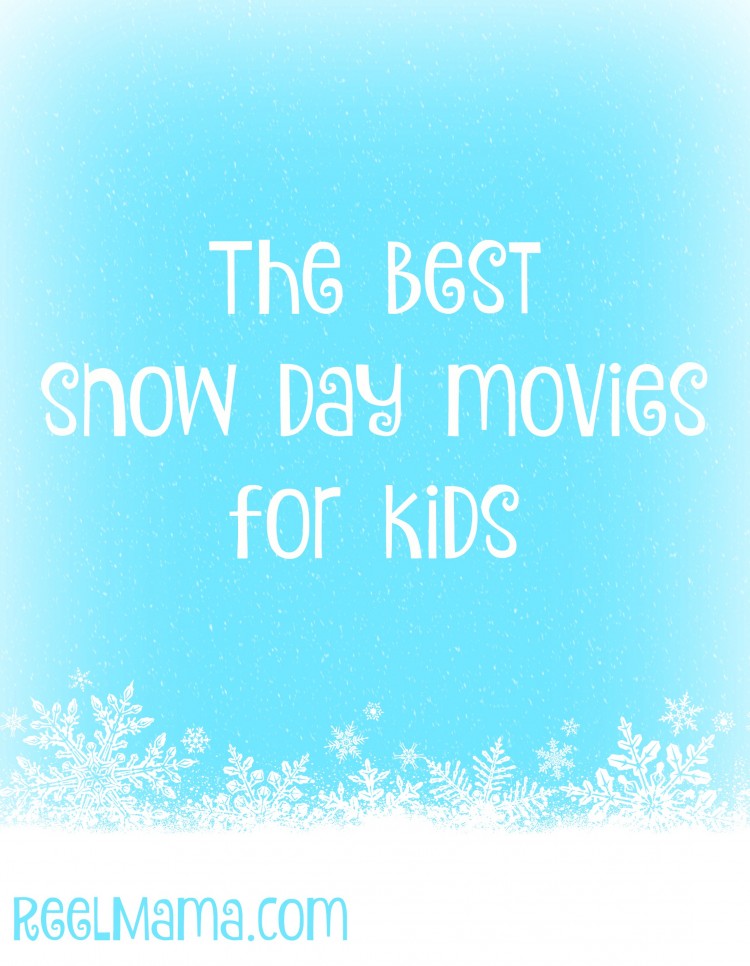 As the snow blows white on the mountain tonight, I can’t think of a more perfect movie for a snow day than Frozen. Yes, you’ve seen it a thousand times if you have a girl age eight or under, but the frightful weather outside makes this instant classic worth sitting through one more time with your little princess. My full review here.

Inspiring tale of a boy who seeks to reunite a lost polar bear with its mother in the Northern Canadian wilderness. (Rated PG). Available on DVD here.

Tinkerbell: The Secret of the Wings

If there’s one thing we know about Tinkerbell in the animated franchise, it’s that she is mot afraid to tinker with the rules. In this sweet standout movie, Tinkerbell ventures out of Pixie Hollow to the forbidden Winter Woods, where she meets a winter fairy named Periwinkle with something very familiar about her. This movie made for Blu-Ray and DVD release has beautiful animated icy snow scenes galore. My full review here.

(Note: This is one of the only Tinkerbell movies not streaming on Netflix, but it is available to rent on Amazon or on Blu-Ray here).

Disney does it again, this time with talking golden retriever puppies. The cuteness factor is almost too much to take in this live-action adventure of five sibling puppies who help a  boy realize his dream of competing in the Alaskan Iditarod sledding competition (you’ll need to suspend your disbelief a little for this one).  This one is streaming on Netflix, or rent or buy to stream on Amazon. Blu-Ray available here.

Who knew that the coldest period in the Earth’s history had enough comic potential to thaw out our funny bones? In this animated movies from 2002, a sloth named Sid, a sabre-tooth tiger named Diego, and a wooly mammoth named Manny work together to return a human baby back where he belongs. There are five Ice Age movies in all. Ice Age 4: Continental Drift review here.

Ice Age: The Meltdown is now streaming on Netflix. Ice Age is available to rent or buy on Amazon, with an Ice Age 4-movie Blu-Ray collection available here.

The Empire Strikes Back

Who could forget the blizzard scene on the inhospitable planet of Hoth in Empire Strikes Back, where Han Solo finds Luke? Without giving too much away, the scene is a bit gruesome when a tauntaun, a horse-like creature, gives its life to save one of our heroes. Available to buy on Disney Movies Anywhere via Amazon. Also available on Star Wars Episodes IV – VI Blu-Ray trilogy here.

The Chronicles of Narnia: The Lion, The Witch, and The Wardrobe

This movie is based on one of the most successful works of literature of all time. Set in the magnificent snowscape of Narnia, four children from 1940s Great Britain soon discover the dark side of the frozen beauty: the White Witch has caused an endless winter, with no Christmas, to descend on the land. The children must work to defeat her with the lion Aslan. DVD available on Amazon here. Rent on Amazon here.

Johnny Depp stars as a young dream with hands of scissors in this Tim Burton classic. The movie has a slightly creepy, cold undercurrent, but mainly this great flick made the list because of Edward Scissorhands’ magnificent ice sculptures.

Mumble won’t be able to attract a mate by singing, because he has a terrible singing voice, but his tap dancing gives Gene Kelly a run for his money. The little penguin dances to the beat of his own drum in Antarctica and learns to love himself in the process.

Available to stream for free on Amazon Prime here. Available on DVD here.

The Penguins go on a secret undercover mission to save the world with the help of new Arctic friends who just happen to be secret agents. Not sure the penguins deserved their own movie, which isn’t nearly as good as the other Madagascar films, but your kids might enjoy it on a snow day.

Scott Pilgrim vs. the World

This one is recommended by PopSugar. Michael Cera’s Scott Pilgrim has his work cut out for him when he has to triumph over a girl’s seven ex-boyfriends in order to impress her. It takes place in the Canadian winter, so I can only assume he’s very cold in the process.

Available to rent on Netflix DVD. Rent or buy for streaming on Amazon. Blu-Ray available here.

PopSugar recommends this as a “charmingly snowy tale.” Concord is just a stone’s throw away from where I make my home in Boston, so of course I had to include this one on my list. (I can assure you it’s cold in Concord right now!) This is Louisa May Alcott’s classic Civil War story in which the young women of one family take care of each other and come of age while their father is serving as a preacher in the Union army. Winona Rider stars.

A boy finds an adorable new pet called a mogwai at a curiosities shop in Chinatown. The mysterious owner will allow the boy to adopt the little creature on the condition that he follow three rules for caring for it. When the boy breaks the rules, a legion of Gremlins is released taking over the town snow-covered town at Christmas time. Check out my full review here.

The Snowman is a charming hand-drawn animated movie guaranteed to capture your children’s hearts and imaginations. It is more slowly paced than your average animated special, and the movie doesn’t have any dialogue, but this Oscar-nominated short film has a sweet story that is worth watching. A boy builds a snowman that comes to life and takes him on a magical adventure. Check out my review here.

Available on DVD on Amazon here.

March of the Penguins

Heartwarming and emotional documentary narrated by Morgan Freeman of the Emperor penguins harrowing march to reach the safe place where they can grow their families, all in the name of love. This film makes the penguins seem almost human.

There are several different movie and TV versions of this beloved children’s work of literature. My favorite stars Shirley Temple. In it orphan Heidi is taken in by her curmudgeonly grandfather in the Alps. Not surprisingly, she wins his heart. Starring Shirley Temple.

A Christmas movie that is fun to watch any time about a boy whose parents accidentally leave their son at home when they take off for Paris with their many kids. Classic slapstick moments ensue when the boy must fend off some bumbling robbers. Available to rent or buy for streaming on Amazon. Ultimate Collector’s Edition available here.

Cute movie for tweens about a group of kids who traveling without their parents get stuck in the unaccompanied minors room during a snow storm. Home Alone-style antics ensue against the self-righteous security guard in charge. Families have highly rated this one on Amazon.

Available on DVD here and on Amazon to stream here.

Alpha and Omega 2: A Howl-Iday Adventure

A wolf family must find their smallest cub Runt when he goes missing. A wilderness adventure ensues, but will they bring Runt home in time for the winter celebration?

This charming CG homage to the original Peanuts TV specials is G-rated and chock full of nostalgia. The movie starts off with a snow day for Charlie Brown and our favorite gang and follows Charlie as he struggles to win the affections of the Little Red-Haired Girl. Amazon purchase and viewing options available here.

Did your favorite snow day movies make the list? Did I leave out your favorite? Tell me in the comments section!