Home ☢ Children's Films ☢ THE CROODS review: All About Eep! 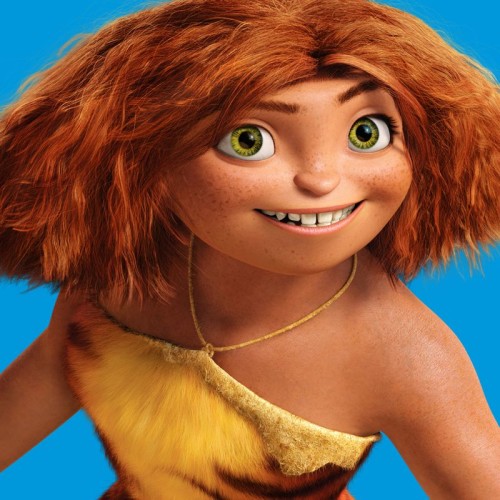 Eep in THE CROODS. Photo: thecroodsmovie.com

There is a lot to love about the young heroine named Eep in Dreamworks’ prehistoric animated comedy THE CROODS.  She is an unconventional beauty who breaks the mold of feminine attractiveness established by a long line of princesses, and this is just what makes her real.  Her hair is flowing but a little course, which is the antithesis of countless princess’s long and flowing manes.  Her body is strong and compact, and she is probably the most athletic heroine to hit the big screen in some time.  In fact, Eep (the voice of Emma Stone) takes it as a compliment when her would-be boyfriend Guy (Ryan Reynolds) says that she’s heavy.  Her tanned skin even has (gasp!) freckles.

In other ways, Eep follows in the footsteps of several other recent young princess female protagonists, namely Repunzel in “Tangled” and “Merida” in Brave.  It’s a recent trend in animated films to feature heroines who have just come of age and long to escape the nest, if only it weren’t for their overprotective parents who stand in their way. 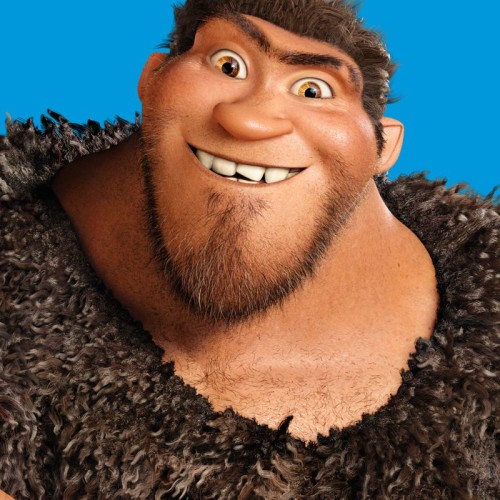 Grug from THE CROODS. Photo: TheCroodsMovie.com

Interestingly, “Tangled” and especially “Brave” explore the complex and rarely represented territory of mother-daughter relationships, and that is what makes those films so wonderful.  Eep in “The Croods” must contend with her overprotective father Grug (the voice of Nicholas Cage), and this is another popular theme to explore in recent animated films such as “Hotel Transylvania,” a popular trend dating all the way back to the first “Father of the Bride” 1950 classic film when Spencer Tracy’s doting and anxious father reluctantly marries off his daughter, played by Elizabeth Taylor.  It’s a timeless paradigm, one that hasn’t changed in over 60 years, and this is one of “The Croods”’ biggest positives.

All of the character story lines in “The Croods” are interesting. Grug’s struggle with his daughter’s desire for independence is touching.  Eep is a dreamer longing to explore new horizons well beyond the dark walls of the cave where Grug keeps his family confined for their safety, and in this sense she truly is the model of today’s fearless, forward thinking girl.  Yet she’s not exactly a pioneering standard of liberated young woman.  She thinks for herself, but she isn’t the person who comes up with interesting ideas. 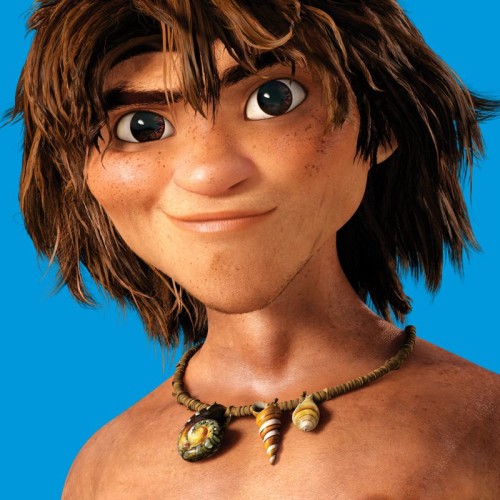 Guy from THE CROODS. Photo: TheCroodsMovie.com

That role of creative thinker is reserved for Guy, who wants her to run away with him, teaches her about the wider world, and is the inventor of everything from fire to shoes.  That Guy has the role of innovator isn’t entirely a negative, because it’s refreshing to see a young man portrayed as the originator of ideas rather than a loser and a slacker, as was the case with so many of the young guys in “Brave,” or as the stiff stereotype of the handsome prince as in so many fairy tale films.  In terms of the current creativity crisis in education, it’s wonderful to see a character with a real streak of originality.

In the end, while not exactly a damsel in distress, Eep still depends on Guy and her father to reach safety.  Yet Eep is lovable and fun, and the fact that she remains daddy’s little girl, at least within her heart, is true to life for fathers and daughters everywhere.