What does it mean to be a working mom these days? I like to think it means putting on our superhero capes. And in a sense, becoming Elastigirl: flexible, stretching ourselves when we need to, and always fighting for good. In The Incredibles 2, Elastigirl is back, and she has the opportunity to become the sole breadwinner. Her new assignment will enable her literally to keep a roof over her family’s head. 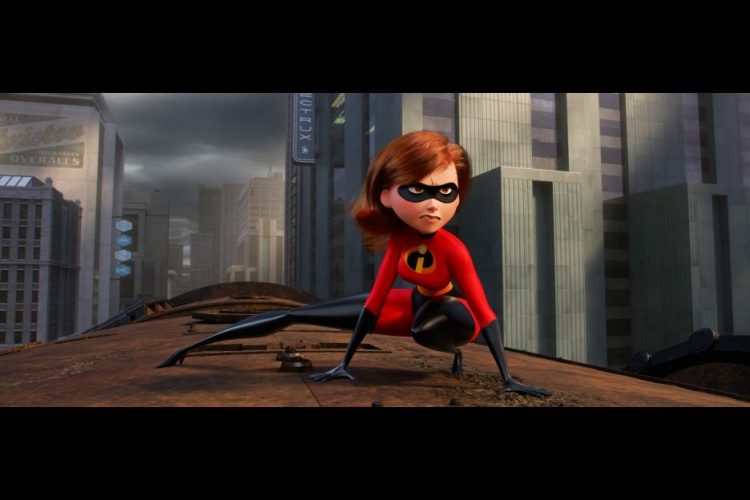 The Incredibles from the early 2000s showed us a loving family that definitely wasn’t perfect. They have their struggles and disagreements. They were just like us, except they were superheroes. Elastigirl (Helen) stressed about her baby weight, while Mr. Incredible (Bob) had to contend with not being in quite the same incredible shape he used to be. The Incredibles 2 seamlessly continues their stories, and new challenges are on the horizon. Superheroes are outlaws, in spite of their best intentions to defend against the baddies and do good.

The movie kicks off with a battle royale of the Incredibles vs. a villain cleverly named the Underminer. Mr. Incredible in particular inflicts major structural damage to the town of Metroville in an attempt to capture him. This convinces town officials that “Supers” should remain illegal, confirming the perception that Supers do more harm than good. The Supers’ program will no longer be funded, and the Incredibles have just two weeks remaining in a cheap motel.

Enter media mogul Winston Deaver, who, along with his sister Evelyn, a technology innovator, wants to bring Supers back into favor. Winston reveals his plan to Elastigirl and Mr. Incredible, along with their best friend, Frozone (who goes by Lucius). Elastigirl alone will fight crime in the big city—her approach doesn’t involve the destruction of buildings. The Supers’ shiny new image just needs a woman’s touch, but this doesn’t sit well with Mr. Incredible, who is used to being the center of attention. 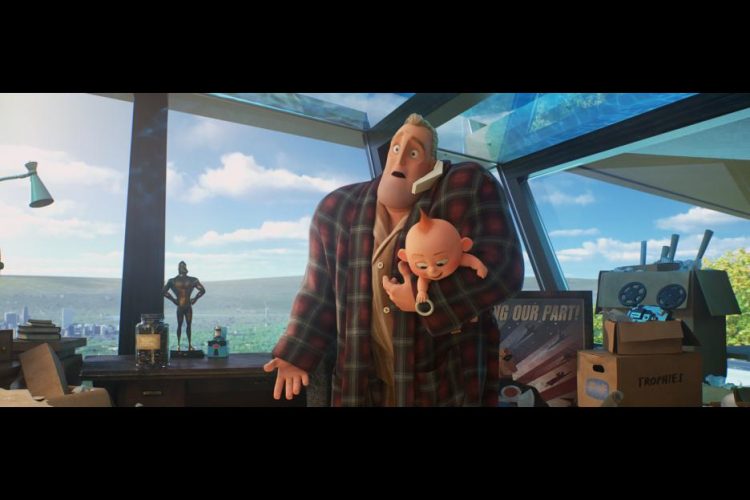 Mr. Incredible as a stay at home dad in The Incredibles 2 (Photo courtesy of Disney)

However, to his credit, Mr. Incredible steps up to the plate and provides love and support to Elastigirl, in spite of his bruised ego. He becomes a stay-at-home dad, and he meets his biggest challenge yet: full-time parenting.

Meanwhile, Elastigirl discovers what it truly means to do the juggle, becoming a working mom. Away from her family on assignment, on the one hand she struggles with the guilt of missing her kids’ important moments, and on the other hand she enjoys the tremendous pride of saving lives from a new nemesis who emerges – the Screenslaver.

Expect lots of intense action and numerous fight scenes. The creepily hypnotic Screenslaver could be frightening to younger viewers. There’s also a little bit of totally unnecessary language, including a character uttering “I’ll be damned” (the D-word in an animated flick—really, Disney?).

Overall the movie is great for eight and up, and parents will appreciate the humor – and inevitable mishaps – involved with trying to achieve the perfect balance of work and family.