Home ☢ Children's Films ☢ How To Train Your Dragon 2 sneak peek

I am delighted to welcome the gifted blogger Corinne Jacobs of Alternate Tutelage to Reel Mama! Corinne has created a wonderful and detailed Sneak Peek of How to Train Your Dragon 2, a movie we lovers of family films are anxiously awaiting. She has done some research on critical reaction after the film debuted at Cannes, and it’s very interesting. Read on to find out more, and don’t forget to show the love to Corinne by visiting her blog Alternate Tutelage, a blog about alternative education, homeschooling and more!

How to Train Your Dragon 2 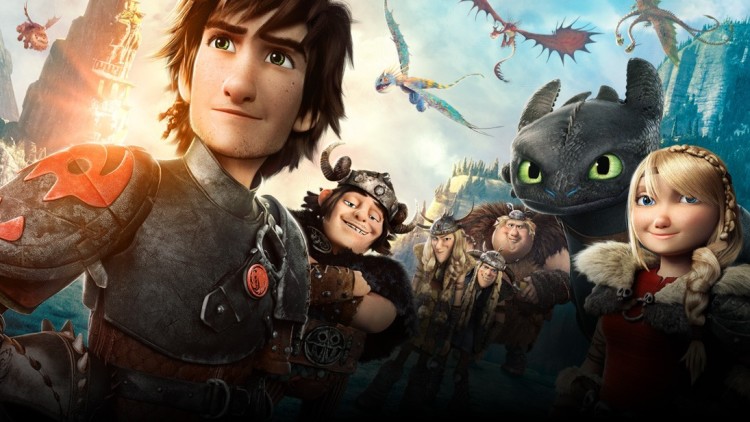 How to Train Your Dragon 2 has premiered at the Cannes International Film Festival, and the reviews are out: this is one film to look out for! Critics unanimously agree that the animation and visual effects of the movie are breathtakingly spectacular; regarding all else, there are multiple opinions. The film is said to be one of the best DreamWorks movies so far, but some feel it doesn’t quite touch the same chord as its blockbuster predecessor How to Train Your Dragon. Nevertheless, it reportedly does very well when compared to the general quality of sequels these days.

Being a mere commoner myself, one who must wait for the worldwide release on the 13th of June to see this much-awaited movie, I cannot yet grace you with a personal opinion. However, I must admit to having watched every How to Train Your Dragon 2 trailer and movie clip the studio has released so far, and on that I certainly have a lot to say.

How to Train Your Dragon 2 takes a bold step forward to ensure that the movie tells a story independent of the original. The characters are all five years older, and with Vikings and dragons now best buddies, things have changed considerably since we last saw Berk.

The people of the village are no longer confined to the area surrounding their island, and use their newfound mobility to explore uncharted lands and discover new kingdoms. With the sudden expansion of the world of the movie comes wonderful new settings, exciting new dragons and unsettling new discoveries.

Hiccup realizes he isn’t the only one who knows how to train a dragon – there are others out there, far more experienced than him and with a lot more at stake than friendship between dragons and Vikings.

The villain in this movie is a dark, sinister man named Drago Bludvist who uses brute force to control dragons and build a flying army to help him conquer the world. Single-handedly trying to undermine this army is the lone dragon vigilante Valka with plenty of tricks and surprises up her own sleeve. But help is coming from an unexpected source – when the villagers of Berk realize that Drago has his eye on their dragons, they find themselves pulled into the war that they didn’t even know existed.

For those of you who don’t know, the ‘How to Train Your Dragon 2’ trailer contains a spoiler regarding the identity of the mysterious vigilante Valka. If that doesn’t bother you, head over to the HTTYD 2 official website to watch the videos out there so far. The movie promises spectacular flying sequences, lots of new discoveries about dragons, plenty of action sequences, a humorous love triangle involving Ruffnut and a ground-shaking revelation regarding Hiccup’s personal life.

While the movie has a lot of humor and feel-good moments, How to Train Your Dragon 2 is darker than the original, and critics feel that it is aimed at a more mature target audience. Parents should be aware that the movie contains certain disturbing story elements that may upset younger viewers. However, with kids or without, this is one movie that you don’t want to miss this summer!