Many thanks to Boston Children’s Theater for inviting me to The Velveteen Rabbit and for press passes that made this review possible. 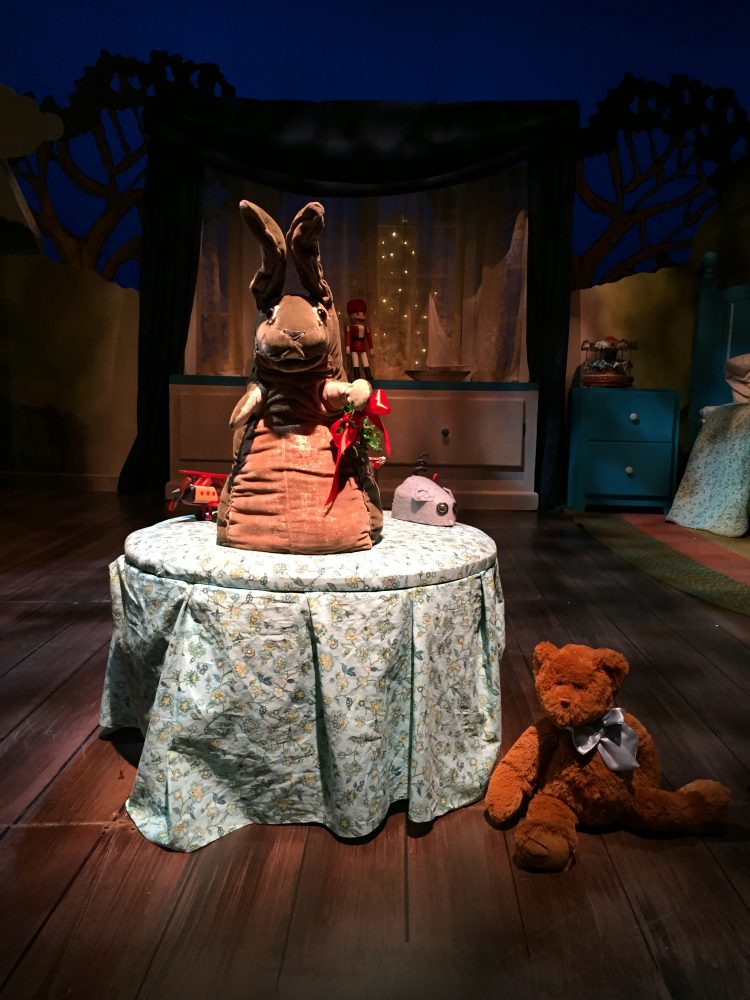 The literary children’s classic “The Velveteen Rabbit” has always been a holiday favorite with my family. It’s the story by Marjory Williams of a little boy who receives a bunny of velveteen for Christmas. The boy ignores the bunny until he loses the toy dog he normally sleeps with. His nanny grabs the velveteen rabbit and places it next to the boy as she tucks him in, and that’s when everything changes, both for the boy and for the bunny.

You see, the bunny has a life of his own. He confides in the skin horse, the most loved and oldest toy in the nursery, that he’s lonely. The skin horse tells the velveteen rabbit that one day, maybe he’ll be loved enough by a child to be Real. The bunny wants to know what Real is. 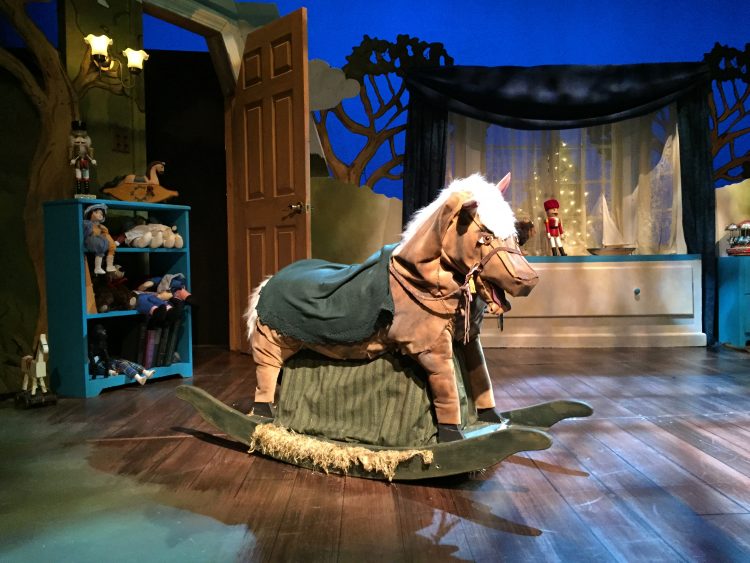 The Velveteen Rabbit at Boston Children’s Theater, directed by Jay Pension and adapted for the stage by Burgess Clark, helps children understand what Real is for both the bunny and the boy. The production brings the story to life through gorgeous puppetry fashioned by the Tasha Tudor family. The play is the perfect extension of a child’s imagination, helping children gain a new appreciation for this classic story.

The play is a sweet vignette that is only one hour in length, perfect for children’s shorter attention spans. It’s full of theatrical surprises that further draw children into the boy’s adventures with the bunny. I’ll give away just one: the boy’s bed transforms into a propeller plane. The unexpected moment is magical and truly conveys how a boy could get swept away by his imagination as he and the bunny become the best of friends.

I would highly recommend making this production a part of your family’s annual holiday traditions. Do it while your children or grandchildren are young enough to have toys that are special to them. 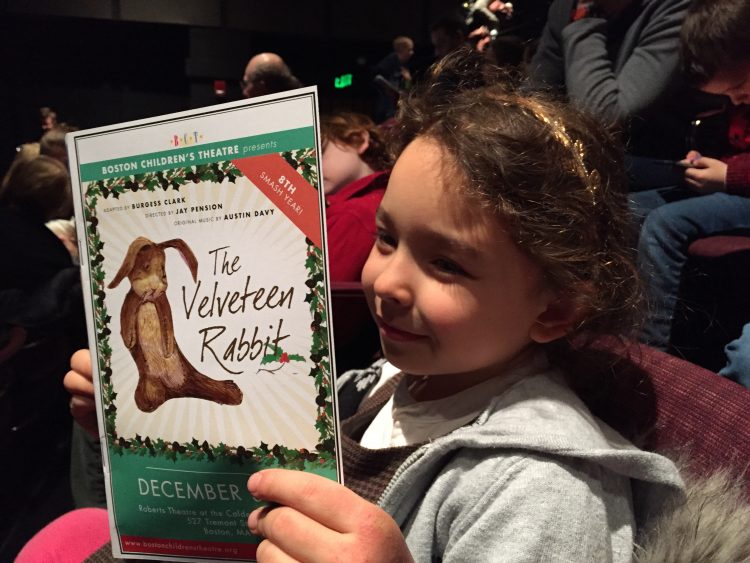 Tickets for The Velveteen Rabbit are available here. Take your family this weekend!

Note: The Velveteen Rabbit is being performed at the Roberts Theater, Calderwood Pavilion, 527 Tremont Street in Boston. Allow plenty of time to find parking, or better yet, take the T. 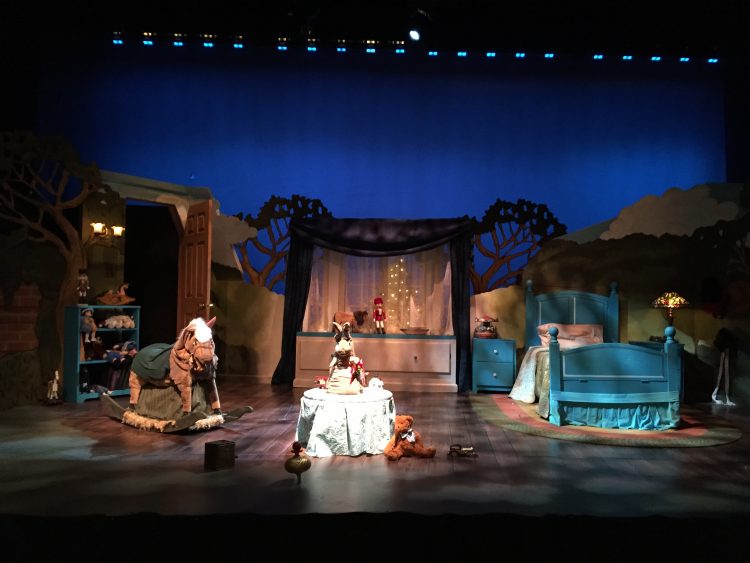 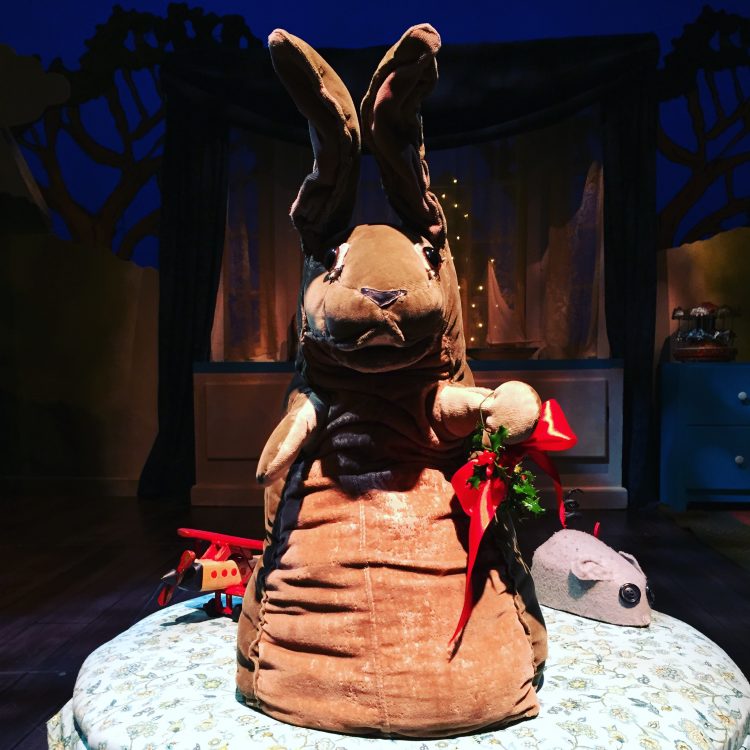