Home ☢ Awards Season ☢ What’s the difference between the Golden Globes and the Oscars? 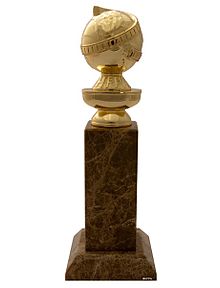 The Golden Globes always set the stage for the entertainment industry’s awards season, which starts right after the holidays, more than any other awards show. The Golden Globe nominations are always announced before the Oscars, and the Golden Globes carry some influence over who wins the Oscar, but the Academy of Motion Picture Arts and Sciences, the voting body behind the Oscars, always comes up with some surprises.

For example, last year Emmanuelle Riva in “Amour” and Quvenzhané Wallis in “Beasts of the Southern Wild” are respectively the oldest (85) and the youngest (9) actresses to be nominated in the Best Actress Oscar category. Neither was nominated for a Golden Globe.

The Golden Globe nominations and winners are voted upon by the Hollywood Foreign Press Association. The Golden Globes ceremony is considered to be more relaxed than the Oscars, and is actually an awards dinner held at the Beverly Hilton Hotel with lots of champagne, banter, and gossip taking place between the nominees and guests, especially during the show’s commercial breaks. It’s not taken as seriously as the Oscars by some, but in fact is used as a serious marketing tool by the studios to boost box office or home entertainment releases. The Golden Globes play second fiddle to the Oscars, but winning is a very big deal and a great career booster for the Golden Globe winners.

The Oscars awards ceremony is the grand final of awards season, and even though it’s often a popularity contest, winning an Oscar commands serious respect and translates into serious cash for marketing a film.

It should be noted that the Globes also nominate for achievement in television, a key difference with the Academy Awards (Oscars), which nominate only films.

This year the Golden Globes is going to be hosted by two women for the second time, Tina Fey and Amy Poelher. The 71th Golden Globe Awards will be presented on Sunday, January 12, at the International Ballroom of the Beverly Hilton, in Beverly Hills, California on NBC.  The awards ceremony starts at 5pm PT/8PM ET.