Home ☢ Giveaways ☢ Win A HOUSE WITH A CLOCK IN ITS WALLS on Blu-Ray! (5 winners)

Just in time for the holidays, a very unique kids’ movie is coming to Blu-Ray and DVD: A HOUSE WITH A CLOCK IN ITS WALLS. This haunted house movie made for tweens and young teens (ages 11-13) has the right amount of chill that would be a lot of fun for a slumber party or family movie night. We are delighted to be giving away 5 Blu-ray copies of THE HOUSE WITH A CLOCK IN ITS WALLS! Use the Rafflecopter to enter, and best of luck, dear reader! 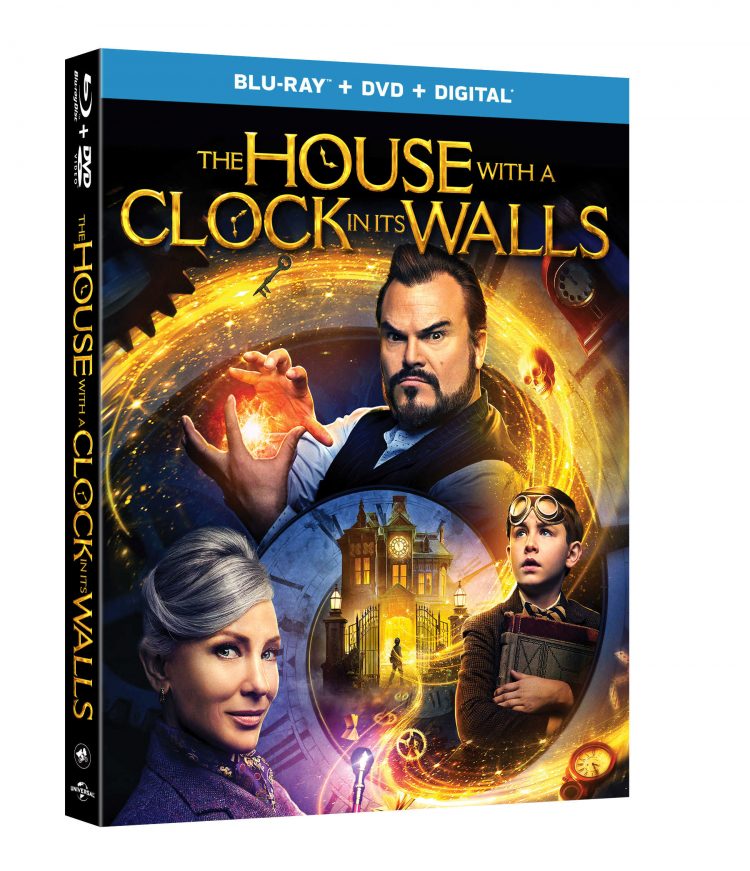 When a young boy goes to live with his uncle, he discovers that his new residence is enchanted. The previous occupant had a deep secret, and it has something to do with a mysterious clock ticking in the walls of the house. As the boy seeks to solve the mystery and unveil the secret, magic becomes a regular part of his world.

The movie is a little too scary for children under 10, and the ending is a bit strange, but overall veteran horror director Eli Roth did a pretty good job of bringing a kid-friendly version of a unique children’s story to the big screen.

Official synopsis of House with a Clock in Its Walls

In the tradition of Amblin classics where fantastical events occur in the most unexpected places, Jack Black and two-time Academy Award® winner Cate Blanchett star in The House with a Clock in Its Walls, from Amblin Entertainment. The magical adventure tells the spine-tingling tale of 10-year-old Lewis (Owen Vaccaro) who goes to live with his uncle in a creaky old house with a mysterious tick-tocking heart. But his new town’s sleepy façade jolts to life with a secret world of warlocks and witches when Lewis accidentally awakens the dead.

Based on the beloved children’s classic written by John Bellairs and illustrated by Edward Gorey, The House with a Clock in Its Walls is directed by master frightener Eli Roth and written by Eric Kripke (creator of TV’s Supernatural). Co-starring Kyle MacLachlan, Colleen Camp, Renée Elise Goldsberry, Vanessa Anne Williams, Lorenza Izzo and Sunny Suljic, it is produced by Mythology Entertainment’s Brad Fischer (Shutter Island) and James Vanderbilt.